Having some experience in the newspaper business, Justice Taylor eventually landed a job in Sarnia, Ontario as a police reporter. It was his first exposure to the law. He was impressed by the lawyers and judges with whom he interacted, and began to consider a legal career of his own.

Justice Taylor’s employment with the Canadian Press eventually brought him to BC to cover an election. While in Vancouver, he had the opportunity to interview Norman MacKenzie, then President of UBC, who encouraged him to pursue his interest in a legal career.

As a law student, Justice Taylor was the editor of three issues of the UBC Law Review, and won the Alan Gregory Moot Award. On weekends throughout law school and during articling, Justice Taylor continued to work for the Canadian Press, and entered the bar without any student debt.

Upon graduating law school, Justice Taylor articled with Charles Brazier, QC, and worked for fifteen years as counsel in private practice. Subsequently he served on the BC Supreme Court for eleven years, on the BC Court of Appeal for six years, and thereafter part-time on the Court of Appeal for the Cayman Islands.

Justice Taylor has been involved with the graduating class of 1962 primarily as an organizer of events associated with the legal history of the law of negligence. The reunion for their 20th anniversary as a class coincided with the 50th anniversary of the famous Donoghue v. Stevenson decision, which prompted the idea of a festival to mark the occasion. Professor J.C. Smith and Justice Allen Linden debated the enduring significance of the case to the modern law of negligence. The success of this festival stimulated subsequent discussions with the Old Paisley Society in Scotland, and led to a Pilgrimage to Paisley in 1990. It attracted 250 Canadian judges, lawyers and their companions.

In 2009, Justice Taylor was recognized by the Allard Law Alumni Association as the recipient of the Lifetime Achievement Award. This award recognizes an extraordinary alumna/alumnus who has set a high standard for volunteerism, philanthropy and/or professional accomplishment, and has been an example for all who follow. 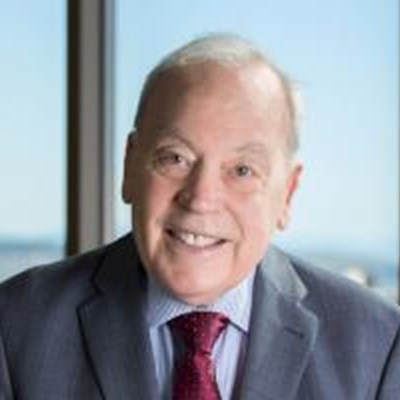