Lord Carnwath is a former member of the UK Supreme Court (retired March 2020),

Throughout his professional career Lord Carnwath has taken a special interest in environmental law, and as a judge has given many leading judgments on environmental issues. He is Honorary President of the UK Environmental Law Association. In 2004 he was a founder-member and first Secretary General of the EU Forum of Judges for the Environment (“EUFJE”). Since 2004 he has worked as an adviser to the United Nations Environment Programme (UNEP) on judicial training and as a member of their International Advisory Council on Environmental Justice. In 2018 he was a founder member of the Global Judges’ Institute on the Environment. He has spoken at conferences on environmental law issues in many parts of the world. In 2015, ahead of the COP21 conference in Paris, he organised an international conference in London on Climate Change and the Law. He is currently a Visiting Professor in Practice at the Grantham Institute on Climate Change and the Environment at LSE, and is working with them on projects linked to the COP26 conference in Glasgow in November. 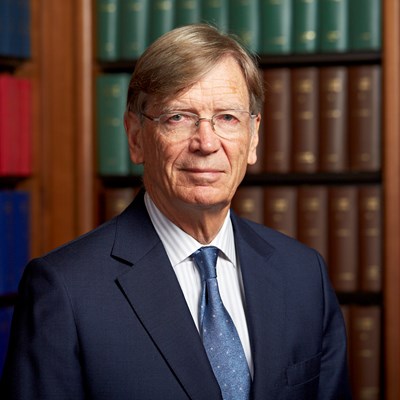