Murray graduated Dundee University in 2000, however after graduating he decided not to pursue a career as a lawyer, and instead joined Abbey National (now Santander) followed by Royal Bank of Scotland both as a graduate trainee.

Murray then returned to Dundee University to complete his diploma in legal practice in 2004/2005 before starting his traineeship at Pagan Osborne. He qualified at Pagan Osborne then joined Turcan Connell before returning to Dundee to work for Shield & Kyd.

Murray became a partner at Shield & Kyd in 2009 before the firm merged with Lindsays in 2012. He then moved as a partner to Thorntons in 2014, where he was appointed as the Head of Private Client in 2016.

Murray was elected to the Society's Council in May 2015 and is also the convener of the Insurance Committee. Murray is our Vice President and will become a full member of the Board from 1 June 2021.

Murray has 2 children, Emily (16) and Oliver (7). In his spare time, he has been the former chairman of Dundee University Students Association, a driver with Contact the Elderly, a director of Age Concern (Dundee) and he is currently a trustee of both Tenovus (Tayside) and TCCL Lodge. 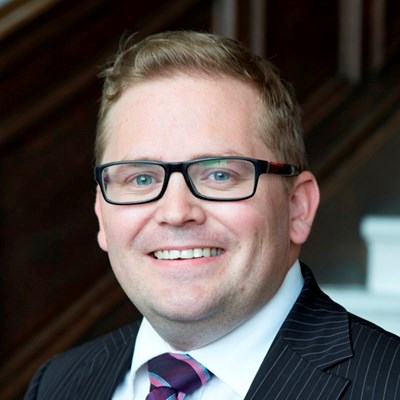