View selected sessions from our 2019 devolution conference. You can select as few or as many of the modules to watch.

The number of verifiable CPD hours varies depending on which items you choose.

You will gain 4.5 hours verifiable CPD by selecting the option for all modules.

These modules are available with our compliments.

Rt. Hon Henry McLeish, former First Minister of Scotland
Rt Hon Henry McLeish began his political career as an elected member in local government in 1974, and was leader of Fife Regional Council for five years. In 1987 he was elected as a member of the UK Parliament and acted as Minister for Devolution and Home Affairs in the Labour government from 1997 to 1999. In the first Scottish Parliament he was Minister for Enterprise and Lifelong Learning from 1999, and in 2000 he became First Minister of Scotland until 2001. Retiring from politics in 2003, he is now an adviser, consultant, writer author and broadcaster and lectures in the USA and elsewhere on the European Union and politics. He chaired the Scottish Prisons Commission, which produced a report into sentencing and the criminal justice system entitled ‘Scotland’s Choice’. In 2010 he conducted a major report on the state of football in Scotland, which had been commissioned by the Scottish Football Association, and chaired a commission into sport requested by the Scottish government. He is now an honorary professor at Edinburgh University.

Sir John Curtice, Professor of Politics, University of Strathclyde
Sir John Curtice is Senior Research Fellow at NatCen, Professor of Politics at Strathclyde University, and Chief Commentator on the What UK Thinks: EU and What Scotland Thinks websites.
He has been a regular contributor to the British Social Attitudes Report series since 1986 and an editor since 1994. He has also been a Co-Director of the Scottish Social Attitudes survey since its foundation in 1999, and his analyses of Scottish public opinion in the run up to the independence referendum were frequently featured throughout the campaigns.
In 2018, he received a knighthood in the New Year's Honours list.
Sir John is a regular media commentator on both British and Scottish politics. He is also President of the British Polling Council.

From Self Rule to Shared Rule? Governing Devolution after Constitutional Change 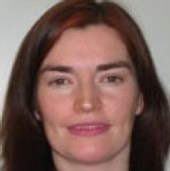 Professor Nicola McEwen, Centre on Constitutional Change, University of Edinburgh
Nicola has been at Edinburgh University since 2001, first as Lecturer, then Senior Lecturer in 2006, and as Professor of Territorial Politics from 2014. She is Co-Director of the Centre on Constitutional Change, which was originally set up as a key investment under the ESRC Future of the UK and Scotland programme. Nicola is Research Leader with the ESRC UK in a Changing Europe programme, and Principal Investigator of one of its prestigious Brexit Priority Grants, examining the Repatriation of Competences and the Implications for Devolution. She is also a Research Fellow in a major ESRC-funded project, Between Two Unions: The Constitutional Future of the Islands after Brexit, where she leads the research strand on intergovernmental relations. She is part of the project on Brexit and the multi-level governance of energy, supported by the UK Energy Research Centre.
Nicola has published widely in the field of territorial politics, nationalism, multi-level government and policy-making, and multi-level parties and elections. She is actively involved in informing debate within the wider policy and political community, through media work, public engagement, advisory and consultancy. Other recent research projects include an ESRC Senior Scotland Fellowship exploring the implications of Scottish independence for cross-border relations.
Nicola supervises a wide range of Research Masters and PhD students exploring nationalism, devolution, constitutional change, multi-level government and policy, electoral politics and party politics. 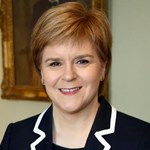 Rt. Hon. Nicola Sturgeon MSP, First Minister of Scotland
Born in Irvine in 1970 and educated at Greenwood Academy, she studied law at the University of Glasgow where she graduated with LLB (Hons) and Diploma in Legal Practice.
Before entering the Scottish Parliament as a regional MSP for Glasgow in 1999 she worked as a solicitor in the Drumchapel Law and Money Advice Centre in Glasgow.
She is currently MSP for Glasgow Southside having been, before boundary changes, MSP for Govan between 2007 and 2011.
In government she served as Cabinet Secretary for Health and Wellbeing between May 2007 and September 2012 and then Cabinet Secretary for Infrastructure, Investment and Cities with responsibility for government strategy and the constitution until November 2014. Throughout this period she also served as Deputy First Minister of Scotland.
She became SNP Leader on November 14, 2014 and was sworn in as First Minister on November 20, 2014. She lives in Glasgow with her husband Peter Murrell.
Nicola Sturgeon is the first female First Minister and the first female leader of any of the devolved UK administrations. 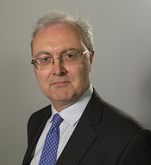 Rt. Hon. James Wolffe QC, Lord Advocate
James Wolffe QC is a leading Senior Counsel, and was appointed Lord Advocate in June 2016. He became an advocate in 1992 and was First Standing Junior Counsel to the Scottish Ministers from 2002 to 2007, the same year he was appointed Queen's Counsel. From 2007 to 2010 he served as an Advocate Depute. Called to the bar of England and Wales in 2013, James was elected Dean of the Faculty of Advocates in 2014. He is a member of the Faculty Dispute Resolution Service and has extensive experience of both commercial and public law.

Chris Deerin, Director, Reform Scotland
Chris is Reform Scotland’s Director, and one of Scotland’s leading journalists and commentators. He is a Contributing Editor at the New Statesman and has worked in senior positions at several of Britain’s top titles, including as Head of Comment at The Telegraph, Executive Editor of Scotland on Sunday, and as a columnist for the Daily Mail. He has twice been voted Scotland’s Columnist of the Year. Chris most recently worked at the University of Oxford’s Blavatnik School of Government and has also had spells in communications consultancy. He is a member of the University of Stirling’s Politics Subject Advisory Panel. 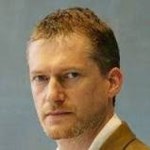 Severin Carrell, Scotland Editor, Guardian Newspapers
Severin Carrell is Scotland editor for the Guardian, and previously worked for the Independent and Independent on Sunday, after a decade covering home affairs, environment, politics and defence with the Scotsman and Scotland on Sunday.

Gillian Bowditch, The Sunday Times
Gillian Crawford Bowditch is an award-winning journalist with the Sunday Times and the founder of two ecommerce brands lilyblanche.com and tartantwist.com. She is vice chair of the British Association of Women Entrepreneurs (BAWE) Scotland and an ambassador for Women’s Enterprise Scotland. Gillian is a founding member of the new Scottish Institute of Ecommerce, operating in conjunction with Strathclyde University and is currently completing the Growth Advantage Programme for entrepreneurs at Strathclyde University Business School. She is the current recipient of the Business Women Scotland/ WES Award for Best Use of Social Media. She is based in Stirling. 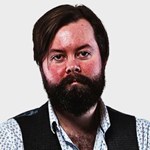 Andrew Tickell, Academic and Commentator
Andrew joined GCU as lecturer in law in 2014. His key teaching responsibilities include jurisprudence, public law, and criminal law and evidence. Educated at the universities of Edinburgh, Utrecht, Glasgow and Oxford, Andrew’s research has focused on a socio-legal evaluation of the admissibility decision-making of the European Court of Human Rights. He is also interested in the law, politics and operation of devolution in the United Kingdom and broader jurisprudential questions of law, rights, liberalism and liberty.
Outwith the academy, Andrew advised the National Theatre of Scotland on disability law and policy and has counselled Alyn Smith MEP in matters of European law, policy and politics. He has contributed expert evidence to the Scottish Parliament on the future of devolution and regularly assists NGOs in their scrutiny and evaluation of Scottish government law and policy.
Andrew is also a regular contributor to the Times in Scotland and appears regularly as a commentator on law and politics online, in print, and on national radio and television. His bylines include the Scotsman, Scotland on Sunday, Daily Record, the Sun, the National and Scottish arts and public affairs periodical, the Drouth. He blogs as Lallands Peat Worrier.

The parliamentary journey: Evolution and aspirations for the future 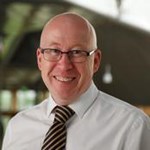 Sir Paul Grice, Chief Executive, Scottish Parliament
As Clerk and Chief Executive of the Scottish Parliament, Sir Paul Grice leads the Scottish Parliamentary Service which is responsible for delivering all services to the Parliament and its Members, and is the Parliament's principal adviser on procedural and constitutional matters. He has worked in the devolved parliament since its inception in 1999.
Paul graduated in 1984 from Stirling University, and joined the UK Civil Service through the "Fast Stream" in 1985. He worked for the Department of Transport and, subsequently, the Department of the Environment on bus de-regulation, railways policy and local government finance, and then acted as Private Secretary to Virginia Bottomley MP.
Paul joined the Scottish Office in 1992, working on housing and urban regeneration policy, then management of change. He joined the Constitution Group in May 1997, with responsibility for the Referendum on establishing the Scottish Parliament: he subsequently managed the Scotland Act which laid the new constitutional framework. He was then appointed Director of Implementation, setting up parliamentary organisation and associated support systems, before being appointed Clerk and Chief Executive of the Parliament in summer 1999.
Paul served as a Member of University Court at Stirling, 2006-13 (Chair of the Finance and Resources Committee, 2008-12), and as Secretary to Scotland’s Futures Forum, 2005-13. He has been an Honorary Fellow of RIAS since 2006; an Economic and Social Research Council Member from 2009 to 2015; a Bank of Scotland Foundation Trustee since 2011; and an Edinburgh International Festival Board Member since 2013.
Paul was knighted in the New Year Honours List 2016 for services to the Scottish Parliament and voluntary service to Higher Education and the community in Scotland.

Judith Morrison, Principal Solicitor, Scottish Parliament
Judith has over 20 years’ experience as a lawyer in the public sector. Her previous roles include project manager at the Scottish Law Commission, legal adviser to the Food Standards Agency and advising the Scottish Government on the rural and marine environment. Judith joined the Parliament in 2007 and was appointed Head of Legal Services in 2015 – the first time the post was openly recruited. In her current role she provides advice to the Presiding Officer, the Scottish Parliamentary Corporate Body, Parliamentary Committees and the Parliamentary Service. Judith is also a member of the Parliament’s Leadership Group which is responsible for setting the strategic direction of the Parliament, role modelling its aims and values and monitoring organisational performance.

Michael P. Clancy OBE, Director of Law Reform, Law Society of Scotland
Michael graduated from the University of Glasgow in 1979 taking an LLB degree and in 1985 taking an LLM degree. In 1987 he graduated LLB (Hons) from the University of London. He is a solicitor and Notary Public. After qualification as a solicitor in private practice he attained a partnership with the Glasgow firm of Franchi Wright & Co. He resigned this partnership in 1988 to become a Deputy Secretary of the Law Society of Scotland. He is Director of Law Reform at the Society and has published widely on a range of legal topics. He is Chairman of the International Bar Association Credentials Committee, and is Secretary of the United Kingdom and Ireland Notarial Forum. Mr. Clancy was awarded an OBE in the Queen’s Jubilee Birthday Honours List in June 2002. 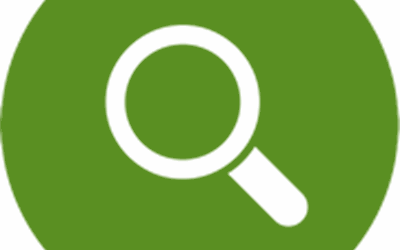 CPD where and when you want it. Choose from a host of online CPD based on a wide variety of areas of law and other relevant topics.