You are invited to come and hear direct from Maggie Craig on the Financial Conduct Authority's (FCA) vision for Scotland and how this will interact with the professional services sector.
Register & Details
Book Now Tell A Friend Programme Details Download Pdf Contact Us

The Law Society of Scotland is delighted to host an evening with Maggie Craig of the Financial Conduct Authority (FCA). Maggie has recently been appointed to lead the FCA’s presence in Scotland. With more than 20 years’ experience in the Scottish financial services industry she brings significant experience and knowledge including established stakeholder relationships.

Prior to joining the FCA Maggie held a variety of roles at ABI including Director of Scottish Affairs, Acting Director General and, latterly, Director of Financial Conduct Regulation. The FCA office in Scotland is based in Edinburgh and employs more than 80 people.

You are invited to come and hear direct from Maggie Craig on the FCA's vision for Scotland and how this will interact with the professional services sector. A question and answer session will be included, followed by a drinks reception at this event co-hosted by the Law Society of Scotland and the Financial Conduct Authority.

Why should I attend?

By attending, you will:

Maggie is Head of Scotland Office for the FCA.

She graduated from Glasgow University many (many many) years ago with a degree in English Language and Literature.

She spent much of her career in the industry working in a variety of roles for companies including Standard Life and Aegon.

Maggie joined ABI in 2007 as Director of Life and Savings, was Acting Director General and later became Director of Financial Conduct Regulation.

She joined FCA in January 2014 and led Policy work on the substantial pensions change agenda over the last few years including pension freedoms, the exit charge cap and LISA.

She also led on the Insurance Distribution Directive, GI renewals and other general insurance initiatives.

Maggie was appointed to lead the Scotland Office in September 2017, where her twin focus is on enhancing the value the office can bring to FCA’s work as a whole and on pursing an active engagement strategy with the Scottish financial services and political community. 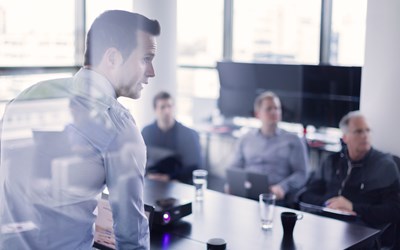