Congratulations to Matthew Burton and Michael Dunn from Bearsden Academy (pictured below) who were crowned Scotland’s best young debaters after winning the final of the Donald Dewar Memorial Debating Tournament 2018/19 after opposing the motion ' This House believes the Scottish Parliament should have an appointed second chamber'. 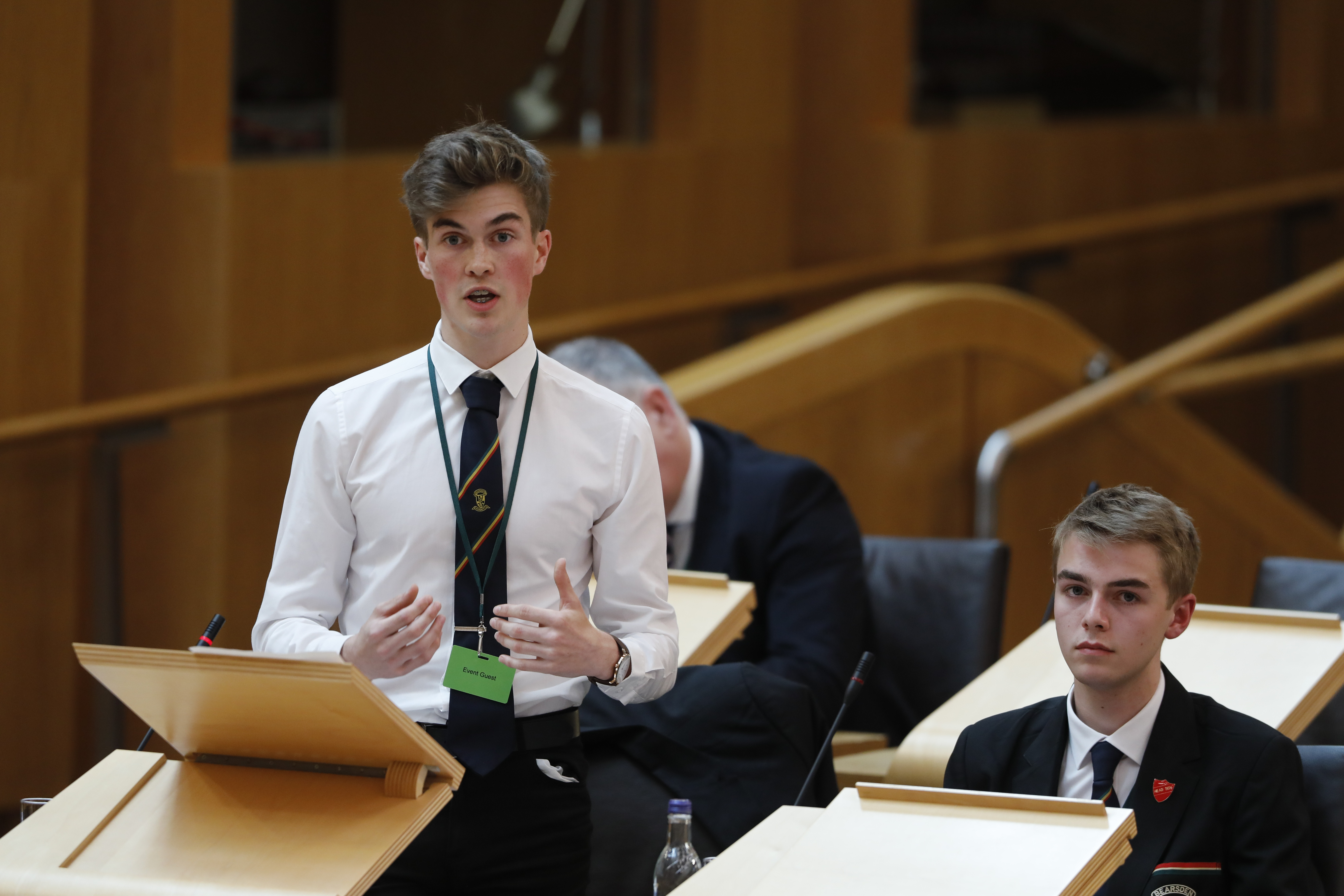 The grand final of our 20th anniversary competition took place on the evening of Thursday 6 June 2019 in the debating chamber of the Scottish Parliament where the audience and judges witnessed two fantastic debates of a very high standard.

An enormous well done also goes to our runners up from Balfron High School, as well as our two other finallist schools St Andrew's Academy and St Margaret's School for Girls. 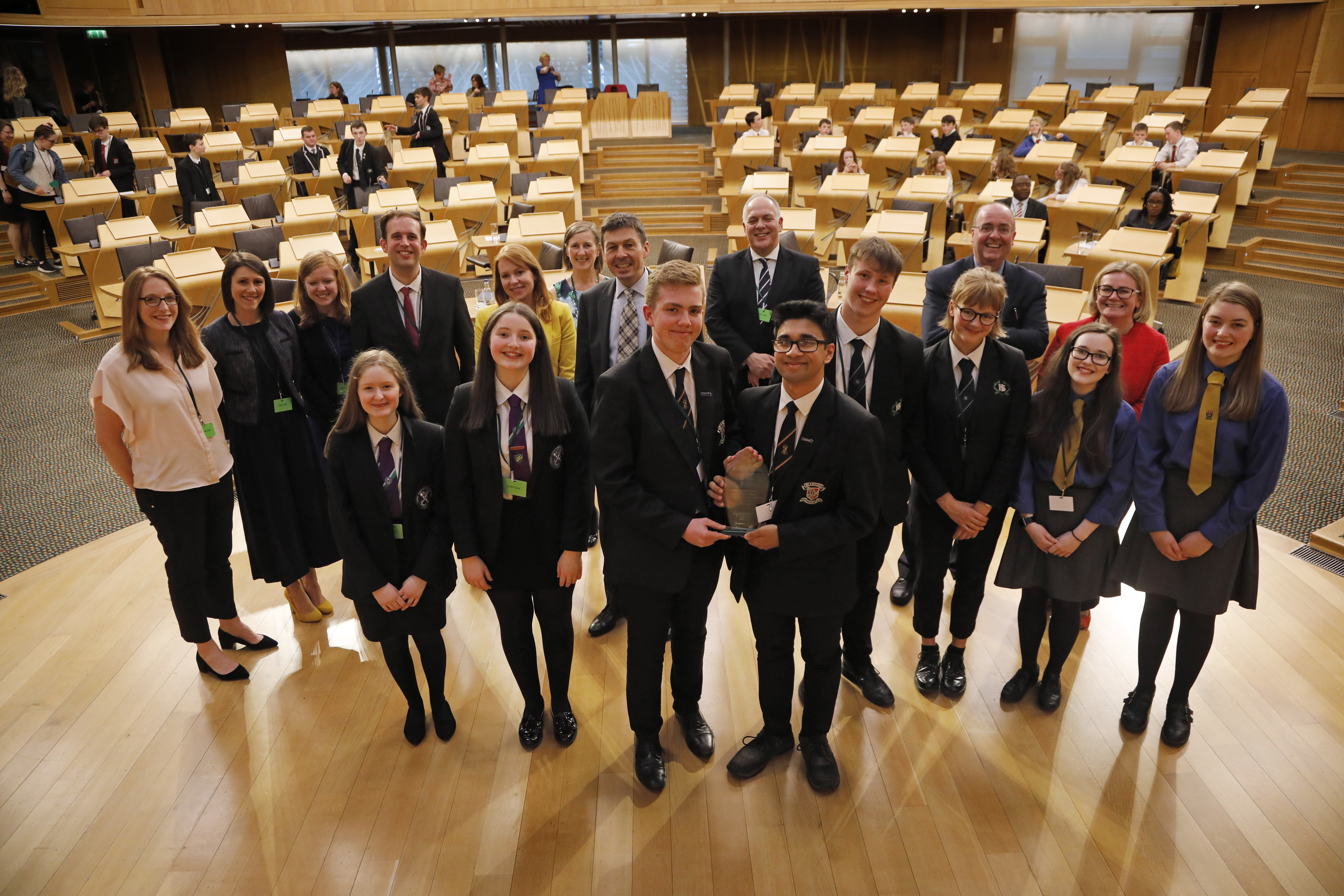 November 2018 saw 128 teams enter the first round of the competition from 85 different schools across Scotland, all competing to debate the motion 'This House believes that Google does more harm than good'.

64 teams competed in the second round of the competition in January 2019. This round followed the same format as the first, but with just one school going through to the semi-finals from a heat of four competitors. The motion this round was 'This house would abolish the national minimum wage.

The semi-finals are always a tricky test of our debaters' true skills, as the motion remains unseen until an hour before the debate takes place and competitors are not permitted to use any materials or devices during this round, including phones, books, computers or newspapers.  16 teams participated in the semi-final rounds and argued the motion - 'This House regrets the #MeToo movement'.

2018/19's grand final took place on 6 June 2019 at the Scottish Parliament in the prestigious debating chamber. Our four teams were judged by an expert panel, specially chosen for the 20th anniversary debate comprising of members of the legal profession who had previously participated in the tournament.  Ash Denham MSP completed the judging panel and the proceedings were overseen by Presiding Officer Ken MacIntosh MSP.

The finalists, in a highly-charged and impressively skilled performance, debated the motion 'This House believes the Scottish Parliament should have an appointed second chamber'.

Read the full press release from the final

How debating can change your life

A blog from Rob Marrs, Head of Education at the Law Society and former member of the British Schools Debating Team
Find out more