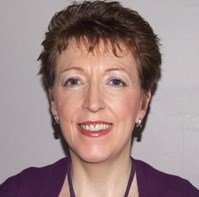 A common theme emanating from our equality and diversity work is how important role models, and learning from other’s experiences are for our members, law students and others thinking of a career in law.

We are running a series of interviews with a wide variety of people sharing their career path and experiences.

I became a salaried Employment Judge in January 2002 and then took on the role of Vice President of Employment Tribunals (Scotland) in 2004, becoming president in 2009. I am currently also a visiting Professor of Law at the University of Strathclyde.

What was your route to qualification?

After obtaining an MA Hons from the University of Edinburgh in English Literature and Language in 1983 I undertook a post graduate Diploma in Careers Guidance and worked for around four years as a careers adviser in a local authority. During that time I became particularly interested in supporting young women to progress in non-traditional career areas, such as engineering and construction, and was given specific responsibility for the promotion of good practice amongst employers in connection with enhancing equality of opportunity. That in turn led to me developing an interest in discrimination law and I decided to go back to university to study for an LL.B when I was 28, with the specific aim of becoming an employment lawyer. That was one of the best decisions I ever made. I loved every minute of my law degree and, despite the lure of other areas of the law, I stuck to my guns and, following my Diploma in Legal Practice, became a trainee in the only firm in Scotland at that time which specialised entirely in employment law. It was a small firm and I got lots of practical experience during my traineeship. A few weeks after I qualified I became a partner in the firm which was then renamed Mackay Simon. Over the next few years we dealt with an amazing range of interesting cases, acting for both employers and employees, several of which went to the House of Lords (as it then was).

What's the best piece of advice you've been given?

The best piece of advice which I received was during my traineeship from the man who later became my business partner, Malcolm Mackay. He told me always to treat my opponent with respect and courtesy and, in particular, to provide what assistance I could, commensurate with my duties to my own client, to unrepresented parties appearing on the other side of a case in the Employment Tribunal.

Has working in law met your expectations?

My career as an employment lawyer has more than lived up to my expectations. It is an area of the law which impacts directly on most people’s lives. It is at the forefront when it comes to changing attitudes in society about how people should be treated in the workplace and it moves at an incredibly rapid pace so it is always intellectually challenging and stimulating.

What do you view as your greatest success?

My greatest success while in legal practice is probably my involvement as the solicitor in a case called Brown v Rentokil. The question raised was whether it was sex discrimination to dismiss a woman who was ill when the reason for the illness was pregnancy related but where a man, who had been off work for the same length of time, would also have been dismissed. The case came to my firm from the Citizens Advice Bureau who had lost it at the Employment Tribunal but realised the importance of the legal issue arising. On further appeal we lost at the Employment Appeal Tribunal and in the Court of Session. On further appeal to the House of Lords (as it then was) we managed to persuade the court that the issue should be referred to the European Court of Justice where we were successful in persuading the court that it must indeed be sex discrimination to dismiss a woman because she is ill as a direct result of pregnancy, irrespective of how a man would be treated. On reference back to the House of Lords they interpreted what was then the Sex Discrimination Act accordingly and at long last Mrs Brown won her case. The whole process took about five years from start to finish and I will never forget Mary Brown saying to me, when we were discussing whether she should appeal further to the House of Lords, or accept the settlement offer then made by the employer, “Will it make a difference to other women if I stick with this rather than giving up now”? Of course there is never a guarantee of success in litigation but I could certainly say to her that it would make a difference to other women if she won her case. In that exchange lies the nub of the advice which I would give to someone starting out on their career as a solicitor or advocate – never forget the power of the law, used properly, to change the lives of individuals or groups in society and always treat it as privilege to have someone trust you to speak on their behalf. Sometimes lawyers treat litigation as a game but it is very far from that for the clients whom they are there to serve.

Have you faced any career challenges as a woman in the legal profession?

I am sometimes asked if I faced particular challenges as a woman in the profession. I have to say in that regard I was incredibly lucky because I was a trainee, and then partner, in a firm where equality law and fair treatment was at the heart of our professional work and was also at the core of the professional values of the firm itself. However, I well remember when I was a partner conducting traineeship interviews and on two occasions I had young female applicants tell me close to the start of interviews, and entirely unprompted, that they were not planning to start a family any time soon. I asked each of them why they had told me that when I had asked no question about it, and I did not see it as a relevant to the interview. Both told me they had been asked specific questions about it in other traineeship interviews. That was a long time ago and I would like to think not only that such questions would never be asked now but that law firms recognise the importance of being at the forefront of good equality practice.

What has been the greatest challenge in your career to date?

My career as a lawyer in practice was extremely stimulating and challenging. I can say the same for my career as a judge. In fact it is in the latter role that I find myself facing the greatest challenge of my career which is to steer Employment Tribunals (Scotland) through what has so far proved to be the rather choppy waters associated with the proposed devolution of powers in connection with employment tribunal functions. Several significant problems have been identified by the judiciary and system users alike in connection with what is currently proposed. All I can do is to use the lawyer’s tools of logic and reason to try to secure what I think is the best outcome for those who will need to have their employment disputes judicially determined in years to come.

What challenges do you think the profession as a whole has to face?

As for the legal profession itself, it surely needs to find ways of working which will ensure that the greatest number of people possible have access to legal advice in circumstances where the legal aid budget is increasingly constrained. As things stand it appears that, for the most part, only those who are financially well off, or who have extremely limited means, are likely to be able to afford the benefit of a lawyer, whether pursuing a case or defend themselves against a legal challenge. The legal profession needs to find ways of working which will maximise access to the valuable services which they provide. It is certainly hard to believe that charging on an hourly rate basis will be feasible in the long term.

Having started my law degree at 28 (a blessing in many ways – I got so much more out of it than I would have done had I studied law straight from school) I came to realise finally that the law is not something that is written down, and then ossifies, with the purpose of the lawyer being only to memorise and regurgitate it. Instead, the opportunity is there for a good lawyer to persuade a court or tribunal that the law must be interpreted in the way you contend to fulfil its purpose. In other words, it is the most magical mix of logic and creativity that can provide one of the most rewarding careers imaginable.

We are talking to our members about career progression and the gender pay gap. To help shape what the Society can do please join the conversation and let us know your views.

Email us at diversity@lawscot.org.uk
Tweet us @lawscot
Get involved on LinkedIn