In our strategy, Leading Legal Excellence (2015-2020), we set out our ambition to secure a modern, flexible and enabling legislative framework.

Most of the legislation covering the operation and regulation of the legal market is over 35 years old. It is increasingly out of date and unfit for purpose.  While some reforms were brought in 2007 and 2010, the whole framework can be confusing and, in some cases, contradictory. New legislation is needed to better protect consumers and allow the Scottish legal services market to thrive.

The report makes 40 recommendations, some of which reflect those we made to the Scottish Government and in response to the review's call for evidence in early 2018, such as restricting use of the term 'lawyer', regulation at entity level and the need for flexible, proportionate regulation. While we support several of the report's recommendations, we are strongly opposed to the principal recommendation for a new, single regulatory body. You can read more in our news release commenting on the report.

In our response to the Scottish Government consultation on legal services regulation reform we have strongly rejected the option of a new single regulator. While we believe  there is an urgent need for change to improve aspects of the current regulatory system, we already have strong checks and balances within the existing structure of co-regulation which protect the public interest. We also highlighted the key risks presented by options one and two in the consultation, including the threat to the rule of law and independence of the legal profession, and the risk of increased costs to solicitors and their clients. We believe an 'option three plus' would address the key failings in the current regulatory system, particularly around the current complaints system which is cumbersome, complex and costs too much, while retaining those aspects which have proven to work well.

You can read our news release and our full consultation response.

Our video explains more about the need to modernise regulatory processes and what the options presented in the consultation, which closed on 24 December 2021, could mean for the legal profession, the Society and the public.

Watch our video
Listen in

Craig Cathcart, non-solicitor Convener of the Society's Regulatory Committee and our Executive Director of Regulation, Rachel Wood, join Hey Legal's Ally Thomson to discuss the consultation and the need for reform. Listen to the Hey Legal podcast,

You can read our full response to the Scottish Government consultation on legal services reform.

Read our news release on the need for regulatory reform, while cautioning against changes that could risk higher legal bills for consumers.

You can read our news release on the launch day of the consultation, 1 October 2021.

The Scottish Government made its response to the report on the legal services review on 25 June 2019 - you can read the response on the government's website.

The Law Society's Regulatory Committee submitted its response in June with a covering letter to the Scottish Government which are available to read.

The Competition and Markets Authority also submitted a response on 17 June 2019.

The Law Society Council's December 2018 letter to the Minister for Community Safety, Ash Denham, is also available to read.

The Law Society's Council submitted a response to the Scottish Government in December 2018. You can read the President's letter to the Minister for Community Safety and additional documents on the legal services review recommendations  and the Law Society's proposed complaints model.

October 2018 - the 'Fit for the future' report is published

The report on the independent review of legal services in Scotland was published on 23 October 2018. The report is available to read on the Scottish Government's website at Regulation of Legal Services.

The Society's news release on the report is available to read on our website: Proposed reforms of legal services regulation pose unnecessary risk to consumer protections.

In March 2018, we submitted our response to the review group's call for evidence on the review of legal services:

January 2018 - the Case for Change Revisited

In January 2018, we submitted proposals for wide-ranging reforms that will allow us to keep pace with global developments within the sector and improve consumer protection. In our paper, we set out a series of recommendations which include expanding consumer protections to currently unregulated areas of legal services, regulating firms operating beyond Scotland and overhauling the legal complaints system, which it says is overly complex, expensive and lacks proper oversight.

The recommendations also include:

September 2016 - response to the SRA consultation on legal services regulation

Your can read the Society's response to the Solicitors Regulation Authority (SRA) consultation: Looking to the future - flexibility and public protection

In March 2016 we published a Case for Change paper in response to the review group's call for evidence.

In this detailed prospectus we presented to the Scottish Government. It sets out the need for change in greater detail and includes proposals for:

In January 2016, we published a detailed set of priorities for the Holyrood elections and the next term of the Scottish Parliament. This included a call for Scotland’s political parties to commit to a modern, fit-for-purpose framework for legal services in Scotland which;

Maintains the advantages of the current system, including the independence of the legal profession, a robust system of co-regulation involving strong professional bodies and an independent complaints handling organisation and discipline tribunal
Provides a more agile system of consumer protection and addresses the rise of the unregulated legal services market
Allows flexible regulation that reflects the rise of alternative business models, cross-border firms and internationalisation of the sector
Enables the Law Society to respond to the changing needs of its members and to open up associate forms of membership to other legal professionals, including paralegals and legal executives 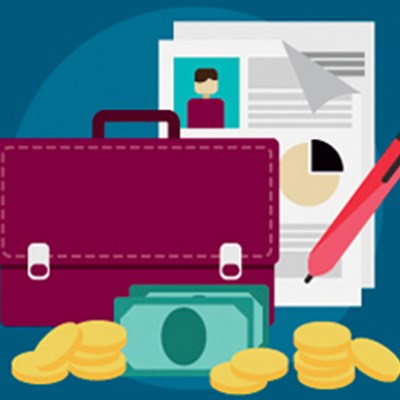 As the professional body and regulator for Scotland's solicitor profession we assure the quality of legal services and protect the public interest. Find out more about our regulatory work.

Protecting the public is at the heart of what we do - read about some of the ways we regulate solicitors.
Read more

Find out about the consumer protections available to clients, what standards solicitors must meet, and what to do if you feel your solicitor has not met them. 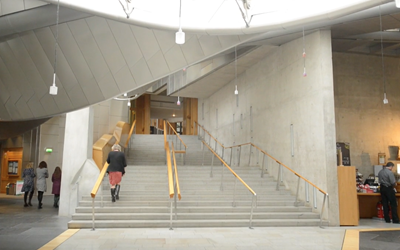