Cat MacLean is Head of Dispute Resolution and a Partner with MBM Commercial, having spent 10 years in busy practice as an Advocate before joining MBM in 2008. Prior to that she spent several years in a large litigation practice in Edinburgh. She sits on the Lord President’s Consultative Committee on Commercial Actions, chaired by Lord Doherty, and on the Law Society of Scotland’s Professional Conduct Committee, which sits every month. Additionally, she is also a Writer to the Signet (WS) and has been appointed to the Council of the WS Society.

Her clients include individuals, technology companies, property developers and entrepreneurs. She has an established expertise in professional negligence claims, advising clients with claims against a range of former professional advisers including solicitors, surveyors, financial advisors and financial institutions. She is a member of the Professional Negligence Lawyers Association and in May 2020 was appointed to the Law Society’s Pursuer’s Panel.

She also specialises in financial claims, against banks and other financial institutions, and is the sole Scottish representative of the International Banking Litigation Network, an association of law firms across Europe who are willing to handle complex claims against banks and who have the required level of knowledge and experience to do so. She was previously a panel member of the Independent Monitoring Panel of the Chartered Bankers Professional Standards Board, is a member of the Westminster All Party Parliamentary Group on Fair Business Banking's Professional Advisory Panel, was a Committee member of the House of Commons Parliamentary Inquiry into Financial Disputes, and in the summer of 2018 was asked to provide expert testimony to the Treasury Select Committee on financial disputes.

She is ranked in Chambers and in the Legal 500 as 'A force to be reckoned with', demonstrating 'A pragmatic and sensible approach’. Chambers 2019 commented that 'She responds quickly and professionally, demonstrating strong interpersonal skills, commerciality and leadership….her keen sense of perspective allows her to retain focus on the bigger picture’. She is the only solicitor to have won the prestigious title of “Solicitor of the Year” twice, at the Law Awards of Scotland in 2015 and 2012, having previously been short-listed for the award in 2010, and in 2016 led her team to victory in the Scott & Co Legal Awards, winning “Litigation Team of the Year”. 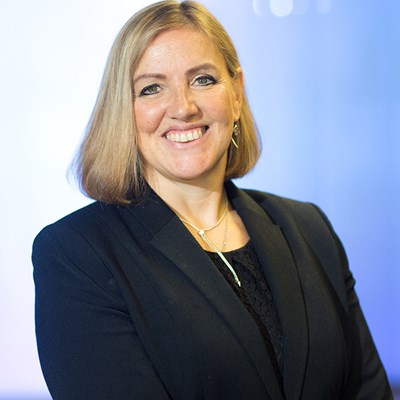