Funke Adekoya heads the arbitration practice group at AELEX. AELEX is a full-service law firm with offices in Lagos, Port-Harcourt, Abuja in Nigeria, and Accra, Ghana.

With 45 years’ experience in commercial dispute resolution, she is frequently appointed to arbitral tribunals, either as sole or party-appointed arbitrator conducting proceedings under the rules of the ICC, ICSID, UNCITRAL and LMAA. Arbitrations in which she has been involved range from disputes arising from gas sales agreements, oil rig supply contracts to joint ventures in construction and real estate.

Her recent appointments have been in disputes brought under the ambit of either a BIT or an investment agreement. She was most recently appointed by the State party as arbitrator in an investment dispute between the purchasers of a monopoly electricity producer and the State in one case and in another case, the dispute was between an investor alleging breach of a mining contract by a State and the subsequent cancellation of the investor’s mining license.

She also advises clients on award enforcement issues within Nigeria and leads the counsel team in arbitration-related litigation.

Funke is a fellow and has achieved chartered arbitrator status at the Chartered Institute of Arbitrators, London and has served as the chair of its Nigerian branch. She was a founding board member of the Lagos Court of Arbitration and a former member and a past vice president of the Court of Arbitration of the International Chamber of Commerce (ICC) in Paris.

Funke is listed on various panels, including the ICSID chairman’s panel of arbitrators; those of CIETAC, the Kigali International Arbitration Centre, the Lagos Regional Centre for International Commercial Arbitration and the panel of neutrals of both the Lagos Multi-Door Court House and the Nigerian Communications Commission.

She has been invited to conduct arbitration training courses in Accra, Ghana and Kigali, Rwanda and is a regular speaker on arbitration law and practice both within and outside Nigeria.

She holds both Nigerian and British nationality and in addition to her being called to the Nigerian bar, she is qualified as a Solicitor in England and Wales. She also holds an LLM from the Harvard Law School (1977) and was elevated to the rank of Senior Advocate of Nigeria (SAN) in 2001. 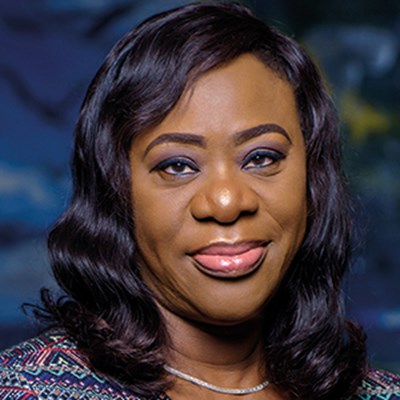