Justice Brown is the author of a treatise on claims under negligence law for economic loss, a contributing author to a textbook on public authority liability, as well as the author or co-author of over 40 published law review articles, book chapters, review essays and forward essays on tort law, property law and civil justice. He is a regular contributor to academic and professional conference proceedings in Canada and internationally, and in Canadian judicial education seminars. Justice Brown presently serves on the editorial board of the University of Toronto Law Journal and the advisory board of the Legal Writing Academy at the University of Ottawa.  Prior to his judicial career, he served on various committees of the Law Society of Alberta, including those on credentials and education, and civil practice, and was a member of the governing board of the Canadian Forum on Civil Justice. He also served as chair of the Health Law Institute of the University of Alberta, chair of the University Appeals Board and chair of the Professional Review Board at the University of Alberta. 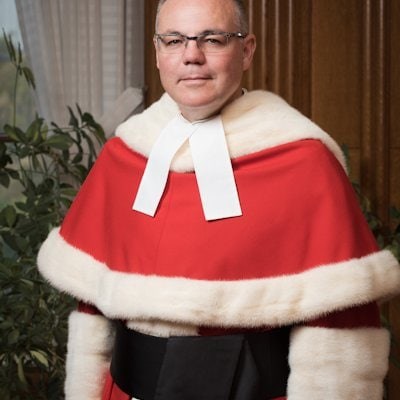