Donoghue v Stevenson 1932 SC(HL)31 is 90 years old on 26 May 2022. This is a (some would say the) foundational case from the Appellate Committee of the House of Lords in the Scottish law of delict and the English law of tort. It laid the foundation of the modern law of negligence in Common Law jurisdictions across the world by establishing the general principles of the duty of care.

The 90th anniversary of the case is likely to attract significant interest around the globe. It has deep impact in most Common Law jurisdictions and there is likely to be considerable focus on the case and its implications. The Law Society of Scotland will hold a major conference on the anniversary of this case which will engage with judiciary, practitioners and academics in those jurisdictions for which the case is significant.

Join us online to participate in this celebratory conference with speakers joining from around the world. Please note, all sessions will be recorded and sent to registrants after the conference. 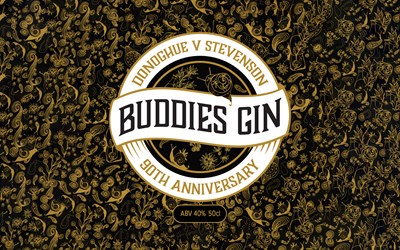 We have partnered with the Paisley company, Buddies Gin to offer the opportunity to buy a limited edition Donoghue v Stevenson bottle of gin to celebrate the 90th anniversary of this monumental case.
Buy a (snail free!) Buddies Gin

The Lawscot Foundation aims to support academically gifted students from less-advantaged backgrounds in Scotland throughout their legal career. Any donation small or big makes a difference.
Make a donation