Notaries public play an important legal role in Scottish life where the legal validity of a document requires the swearing of an oath. Only solicitors/notaries in possession of a practising certificate can act as notaries in Scotland. The Law Society is responsible for the admission and registration of notaries.

If you are a new member who is being admitted as a solicitor you will be automatically be admitted as a notary public at the same time (unless you opt out on the admission form). The fee is £45. If you are unsure of your status please refer to the letter which you received from the Law Society confirming your admission as a Solicitor which clearly states if you were also admitted as a Notary Public. Alternatively please send an e-mail to legaleduc@lawscot.org.uk and ask us to check your record.

For existing practising solicitors who are not notaries and now wish to become one, the fee is £246. Please complete the application form below.

For all solicitors who wish to carry out notarial functions, please read the guidelines below.

Please keep a record of all documentation sent to you. Note that administrative charges will apply for the following:

Looking for a notary? See our Find A Solicitor page and click on the advanced search on the individual solicitor tab.

Historically, the notary public in Scotland has performed an important function in the legal life of the country. From the 13th Century, the notary developed distinct from the lawyers branch of the profession but in comparatively recent times these functions have enjoyed a resurgence. The influence of the Civil or Roman Law on Scotland is clear in this separate development of the notary public in Scotland. In many other jurisdictions the distinction remains today. In England, for example, the profession of notary remains separate from that of Solicitor and although many notaries in England are also Solicitors not all are, and there are firms comprising notaries only.

In Scotland, the historical importance and functions of the notary have been well documented.* Following the Law Agents (Scotland) Amendment Act 1896 which provided that only enrolled Law Agents could become notaries and the Conveyancing (Scotland) Act 1924 which extended notarial execution to solicitors (Law Agents) and others, the importance of notaries declined until recently, but changes in the law and increased international activity have breathed new life into the notary profession.

Some of the traditional functions of a notary have continued throughout the centuries but reforms such as the Affidavit Divorce Procedure and Feudal Reform legislation have extended the work of Notaries.

*For the authoritative exposition of the law relating to notaries Public see Stair Memorial Encyclopaedia of the Law of Scotland - Vol. 13, p. 485.

For the historical position see, for example, Brown - Origin and Early History of the Office of notary 1935 47 JR201, 335: the N.P. 1923 SLT (News) 77: and D.M. Walker - A Legal History of Scotland: John Findlay “The History of the Notary in Scotland in the Handbuch zur Geschichte des Notoriats der europaischen Traditionen. (2009)

Guidance on Acting a Notary Public 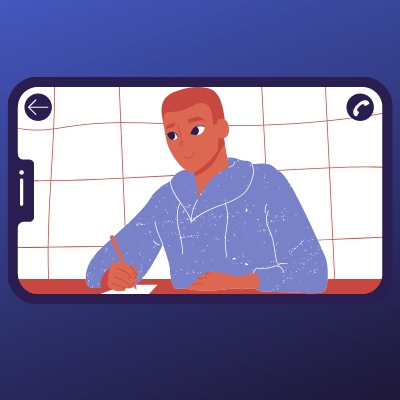 Updates due to coronavirus

While physical distancing measures are in place to manage the outbreak the execution of documents which would normally require a notary or solicitor to be physically present can now be undertaken via video.
Notarising documents via video call
Add To Favorites