The AGM and the constitution

The Society’s preparations for next week’s AGM are well underway. And whether arranging the venue, dealing with the administration or communicating the key issues, we are mindful of the need to encourage a healthy turnout and ensure that as many solicitors as possible exercise their right to vote. Unfortunately, the Society’s ageing constitution – the subject of the main agenda item – does little to promote either objective.

Naturally, the number of members able to attend is restricted by the need to travel, jam-packed diaries with clients' needs coming first and a host of other commitments, leaving proxy voting as the only means of participation for many. Yet under the terms of our current rulebook, originally introduced more than 60 years ago, proxies must be received by the secretary of the Society at our Edinburgh headquarters (physically “deposited” in the language of the constitution) 48 hours in advance of the AGM. Proxies sent by fax, scanned document or email are all invalid. Hardly modern, efficient and businesslike. The system is inconvenient for members and causes bureaucracy within the Society’s registrar team – two of many reasons for reform of the current arrangements.

Plans to revise our structures and processes were first discussed four years ago. Since then, various drafts have been altered and refined as a result of discussions with local faculties, consultation exercises and counsel’s opinion. The Society has balanced the many arguments put forward. Some favoured a smaller Council; others believed a larger ruling body would be more representative. Some said a two-thirds majority vote for a motion at a general meeting should be binding on the Council; others argued for retention of the current set-up, whereby a simple majority at two subsequent general meetings can determine Council policy. A similar balancing act was needed in considering the mechanisms for calling general meetings, dealing with conflicting motions, the role of lay members, and so on.

The end result, we believe, is a constitution that best meets the needs of our members, at least for now. It provides flexibility, clarity and enhanced accountability, while also allowing us to respond to the requirements of last year’s Legal Services (Scotland) Act. In a fast-changing marketplace and with the kinds of change that are going on in the wider world, we need to move the focus on to what we do to respond, rather than how we organise ourselves to do so.

I am sure, with even more legal time and money spent thinking about further evolution of this constitution, we might get ever closer to perfection but, as Voltaire said: “The perfect is the enemy of the good.” I would love to see you all at the AGM to cast your vote. However, if you can’t attend, pass your proxy to someone who will be there and express your views on the proposed constitution. Next year, with a new constitution in place, it just might be possible to do the latter from wherever you are and at the press of a button. 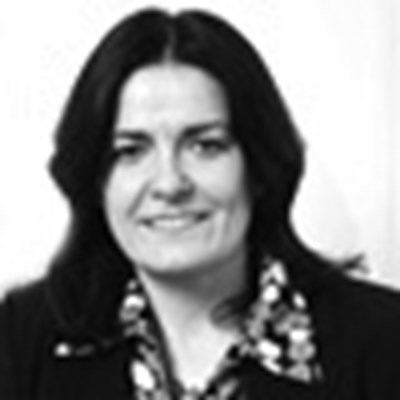