John Mulholland to be next Law Society of Scotland vice president

Falkirk solicitor John Mulholland has been confirmed as the Law Society of Scotland’s next vice president today, Friday 15 December 2017.

John will assume his new role in May 2018 succeeding current Vice President, Alison Atack when she takes up the reins from current President of the Law Society of Scotland, Graham Matthews.

Austin Lafferty, who was also nominated for the vice president’s post in November, will continue to contribute to the Society’s work in his role as Council member and convener of the Professional Practice Committee.

John Mulholland is a criminal law consultant at Falkirk-based Marshall Wilson Law Group. He joined Council in 2012, is a member of the Society’s Board and the current Law Society Treasurer.  He is convener of both the Nominations committee and the Finance Committee and sits on the Appeals and Reviews Subcommittee.

Graham Matthews, president of the Law Society of Scotland, said, “I am delighted to confirm John as vice president-elect.

“John has represented his constituents in Alloa, Falkirk, Linlithgow and Stirling for five years and through his varied and extensive work at the Society and in private practice, he has an appreciation of the concerns and issues faced by his solicitor colleagues and an in depth understanding of the high professional standards required of Scottish solicitors.

“Industry, commerce and the legal market continue to evolve and as a profession, we must keep pace.  I know that John will rise to the occasion bringing his characteristic integrity, knowledge and commitment to the role of vice president next year.”

John Mulholland said, “I am delighted to be taking up the post as the Society’s next vice president and look forward to working alongside Alison during her presidency next year.

“It’s vital that we continue to improve as an organisation, offering better and more tailored support for all our members, whether they work in private practice, in house, on the high street or for a global enterprise in the UK or abroad. The opportunity to work on the key issues affecting the profession and the public we serve is an honour.” 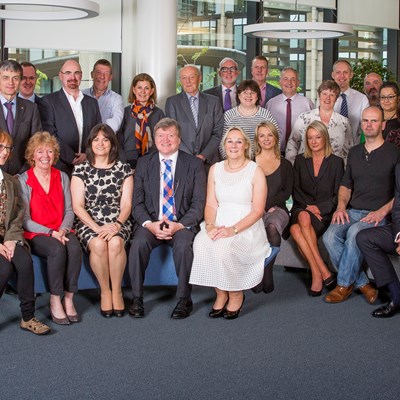