Mariel Kaney, Deputy Legal Secretary to the Lord President’s Private Office has been named the winner of the Law Society of Scotland’s In-House Rising Star Award 2022.

The judges were impressed with Mariel’s achievements so early in her career in her role at the Lord President’s Private Office. Moreover, the judges were struck by how she has successfully managed her commitments as Captain of Heart’s FC women’s team and as a trustee of the Big Hearts charity, alongside a demanding role.

Marion Sweetland from the Commercial team at Aegon, has been named the runner up. The judges were impressed with Marion’s championing of the in-house legal sector in both her work at Aegon and in her mentoring of law students.

The judging panel has made it clear that this was a very close-run competition .

The winner of this years award, Mariel Kaney, said: "I am delighted to have been chosen as the winner of the In-house Rising Star award. I feel very lucky to have been given the opportunity to begin my career in the Lord President’s Private Office. Getting to work with such a knowledgeable and supportive team in LPPO is something I appreciate greatly and I can’t thank everybody enough. I’ve had the opportunity to be involved in some really interesting projects over the last three years and getting to work closely with the Lord President and the other senators of the College of Justice has been a fantastic experience which I have learned so much from. The other five nominees for this award are all such talented young lawyers so for me to win is definitely the highlight of my career so far!"

When presenting the award, Law Society President Murray Etherington at the In-House Annual Conference said: "Huge congratulations to our Rising Star winner Mariel and runner up Marion. New lawyers really are the lifeblood of the profession, it is so important that we support and nurture them, but also find opportunities such as this to recognize and celebrate emerging talent.

"We should all recognize that the challenges for those early in their careers have been more acute as a result of the pandemic. The recent circumstances make these layers of essential on-the-job development very difficult, which in turn makes the achievements of all of our Rising Star Award nominees all the more impressive."

The In-House Rising Star Award was launched in 2013 and aims to celebrate the achievements of in-house trainees and solicitors with up to five years post-qualification experience. 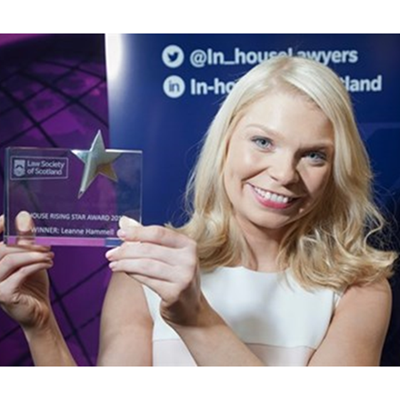 Do you know an in-house rising star?

The Rising Star Award celebrates and rewards the brilliance of trainees and NQs with up to five years' PQE who are shining in their early careers in-house. Nominate a colleague or contact today. 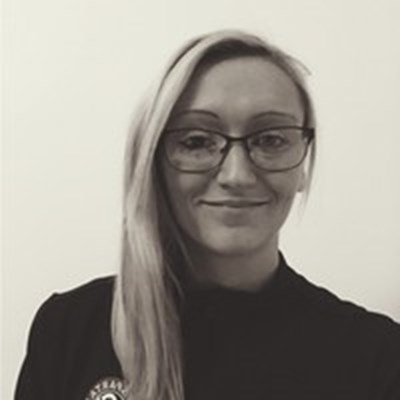