The Law Society of Scotland has said that oversight, governance and transparency will be essential in relation to police officers wearing body cameras.

In its response to the Scottish Parliament Justice Sub-committee on Policing’s consultation earlier this year, the Law Society said a new legal and regulatory framework covering all authorised use of police body cameras and surveillance drones should be developed and at the same time called for a public consultation prior to any plans to increase their use.

Following the launch of a Police Scotland consultation on the use of body cameras this week, Debbie Wilson, convener of the Law Society of Scotland Criminal Law Committee, said: “We are pleased that Police Scotland is carrying out a public consultation about the use of body cameras, which follows our submission to the Scottish Parliament in January. It is vital that there is widespread public awareness in light of the implications this will have on policing and on the public.

“As technology advances we need to ensure that in pursuit of delivering a safe society, we do not go beyond that which is necessary and proportionate in a free society. We believe that before there is any escalation in the use of body cameras, there needs to be clear and publicly-available guidance. This should also include rights to film the police actions on telephones or other mobile devices, as well as information on what the police are permitted to do.

“While there is support for the use of such devices to improve policing and enhance public safety, there is research which suggests their use can be counterproductive when, for example, policing hooliganism and anti-social behaviour. Such conflicting views suggests that caution is required.

“In addition to the need for oversight of the use of body cameras, there also needs to be oversight of the use of the data collected. In considering issues of privacy, we need to sure there is an unambiguous framework of legitimacy and transparency since these devices provide much greater capability of overt surveillance in public places. The Scottish Biometric Commissioner, once in post, will have an important role in ensuring the necessary monitoring evaluation and accountability to the public.”

Read our response to the Justice Sub-committee on Policing’s consultation on Police Scotland’s use of remote piloted aircraft systems and body worn video cameras. 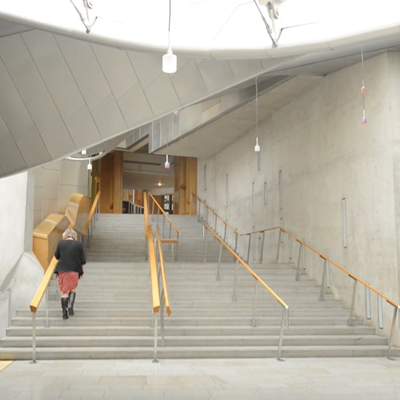