Carole Ford, lay convener of the Regulatory Committee, highlights the need for reform of legal services regulation which will ensure robust consumer protections for members of the public. This article originally appeared in Holyrood Magazine in November 2018.

Every day constituents walk into surgeries seeking advice on the law or their experiences with legal services. The Law Society takes calls from hundreds of people every month, with similar mailbag issues as in any MSP’s office.

Last month the Roberton report on the independent review of legal services was published. Its implementation will have a direct impact on businesses and citizens across Scotland, whether as solicitors or consumers of legal services.

There is much in the report to agree with. Indeed, many of the recommendations stem from the Law Society’s submissions: the desire to see meaningful reform of the regulatory system, particularly in relation to the currently unregulated legal services available to consumers; and faster, more flexible handling of complaints. The review was commissioned in response to the Society's proactive call for modern legislation to reflect the reality of modern legal services.

However, Ms Roberton’s central proposal, one single body to regulate the whole of the legal profession, smacks of a sledgehammer to crack a nut. As Ms Roberton herself says, there is currently no great mischief in the regulatory or the complaints systems. Rather there is scope to refine and update. Unpicking structures which have served Scotland well for decades, without any clear evidence for doing so, risks decreasing professional standards and increasing costs for consumers.

The proposed model resembles the system south of the border where there is little proof of consumer benefits. Indeed, a legal services review is now underway in England and Wales.

The Law Society has lead innovation and improvement in regulation for 70 years. The Law Society’s Regulatory Committee exists by virtue of statute and operates independently of the Society’s Council. The convener of the committee, currently myself, must be a non-solicitor. My own background is in education, and fifty percent of the committee's membership comes from outwith legal services – so the consumer voice is properly represented.

The Regulatory Committee oversees all regulatory functions of the Law Society, from training and entrance to the solicitor profession, through rules governing professional practice, to complaints handling and disciplinary issues. Solicitors, advocates and commercial attorneys operate under different rules, and conform to different practices, so any single body would be required to operate three systems, not one.

The committee acts to maintain professional standards and protect consumer interests through the inspection of law firms to safeguard client money; ensuring access to the Client Protection Fund for those who fall victim to a solicitor’s dishonesty; and prosecuting serious cases of alleged misconduct before the independent discipline tribunal. Half of all cases taken to the tribunal arise because of the proactive work of the Law Society. We have also opened a debate on delivering improved transparency around price, service and quality of legal services.

Problems arise in the unregulated sector, where consumers may be vulnerable to the actions of unqualified persons describing themselves as ‘lawyers’. Therefore, it is reassuring to see the report has included the Law Society’s recommendation that the term ‘lawyer’ should be protected.

Complaints handling is too slow as a result of outdated legislation, but if this is the nut to be cracked the proportionate response is not to take a sledgehammer to it.

Does the system need reformed? Absolutely. It is why the Law Society engaged all of Scotland’s main political parties before the 2016 election, arguing for change.

Can improvements be made? Yes. Which is why we have championed changes to the complaints system in particular, to make it quicker and more efficient.

However, in driving forward these changes, let us enhance rather than undermine the core principles that underpin our legal system. Independence of the legal profession. High standards and professionalism. Consumer protection at the core. That should be our goal over the coming months. 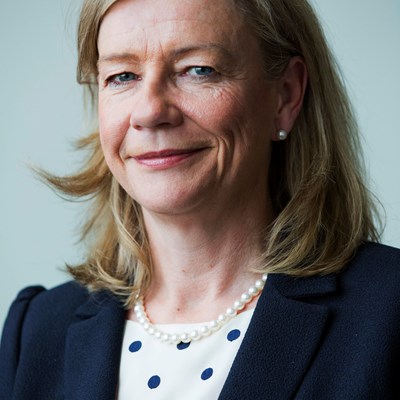