In March 2020, the Scottish criminal justice system closed down in response to the Covid-19 outbreak. The bustling day to day court business which we all took for granted was no more. The immediate effects were unprecedented affecting all criminal cases, whether new, old, solemn or summary and on the public, whether as accused, juror or witness and on officials whether as judges, fiscals, clerks or agents.

By June 2020, business has restarted with “life” but not as we knew it. We echo the observations from the Chair of the Justice Committee, Margaret Mitchell that the incidence of Covid-19 has allowed us to “[look] more broadly at the system, with the aim of ensuring justice is carried out swiftly and effectively and of course with the necessary safety measures in place.” There are opportunities as well as challenges.

Paramount as we go forward is the need to maintain everyone’s safety in the police station and courts by respecting the need for social distancing. Solicitors who are willing and able to attend court are advised to ensure that they are aware of the terms of the protocol for court users that has been agreed between the Scottish Courts and Tribunals Service (SCTS) and the Crown Office and Procurator Fiscal Service (COPFS). Your health and safety should be your primary concern and there is no requirement to attend court if, in line with current NHS and Scottish Government guidance, you feel that it is unsafe for you to do so.

As summer 2020 arrives, the Criminal Law and Legal Aid Committees felt that it was timely to summarise what has taken place in criminal business over the past three months, to outline where we are and to consider what may lie ahead.

We are keen to hear from the profession with ideas, views and comments on how the Scottish criminal justice system is working as we move forward to address innovation and to best support the profession. Please send your views to policy@lawscot.org.uk.

Three statutes (1 UK and 2 Scottish) and various sets of regulations were passed, significantly impacting on criminal law evidence and process. New offences were introduced to support the lockdown, extended time-bars for prisoners on remand, and increase in Fiscal fines were among some of the measures necessitated by Covid-19.

The proposed introduction of judge only trials in solemn cases was initially included in the proposed Coronavirus (Scotland) Bill. To ensure a robust and considered response to the suggestion the Society consulted with many of the most experienced solicitors in criminal law and those with direct experience of serious criminal cases. It was clear that there was a deep concern, right across the legal profession, at the reform being proposed.

The Law Society was emphatic in our stance against this proposal and our briefing to MSPs on the implications and alternatives was referred to repeatedly by parliamentarians during the subsequent debate. We welcomed the Scottish Government’s recognition of our concerns and their subsequent decision to withdraw this element of the Bill.

The Society maintains our position that the case has not been made for judge only trials and we emphasised that in our response to the Scottish Government discussion paper published in April setting out nine options for jury trials during the outbreak. We did recognise that other legislative measures such as reduction of jury size and increase in summary sentencing powers could be considered further.

Immediately following the announcement of changes to court business due to Covid-19 restrictions the Legal Aid Committee identified the impact this would have on practitioners. We wrote to the Scottish Legal Aid Board to highlight immediate actions to improve cashflow and support businesses. Thanks to the continued efforts of the Legal Aid Committee working closely with SLAB and emphasising the impact on the profession to the Minister for Community Safety, flexibility for the profession has been brought in. This includes allowing for the relaxation of certain criminal legal aid provisions to allow for partial payments, modified financial verification and duty scheme arrangements.

A number of Working Groups have been set up with representation from the profession which include:

The Justice Committee too is scrutinising the actions of the Scottish Government and the wider civil, criminal justice and prosecution system in Scotland in responding to the Covid-19.

It is challenging to keep up with the speed of change that has been enormous. Our working arrangements with the focus on the utilisation of technology is at a scale never envisaged only a few months ago. Though reduction in time for travel may provide an advantage, that is compounded by inevitable technology breakdowns and delays which adds to a frustration already heightened by public health concerns from which we as solicitors are not immune.

Exactly how well the criminal justice system can adapt and cope going forward with the inevitable backlogs that have increased remains to be seen. There has been much goodwill and willingness demonstrated to work together with the Scottish criminal justice organisations. The focus needs to be on solutions; discussing how the system can respond and deal with the issues that Covid-19 continues to bring. We can build on the positive work already carried out through the Society, such as devising the written pleas scheme which we then took to SCTS and COPFS as a fully formed proposal.

Once the High Court trials start, we will monitor how that works with the expectation that approach will go onto deal with sheriff and jury trials. As the number of remote summary trials increases and are undertaken on a wider geographical basis, the profession will become familiar with the changes of process when appearing on camera. Custody and police station work is equally important. Ultimately, the trial is the product but all processes, underpinning that, as the seminal case of Cadder recognised must be fair and transparent and at the time of Covid-19 safe.

Our committees carry out valuable work looking at a range of issues to do with improving the law and legal practice.

We are working with partners in the Scottish legal sector and closely monitoring official advice and updates from Scottish Government and NHS to ensure that we are acting in accordance with the latest guidance to protect the health, safety and wellbeing of our employees, members and stakeholders.
Read more
Add To Favorites 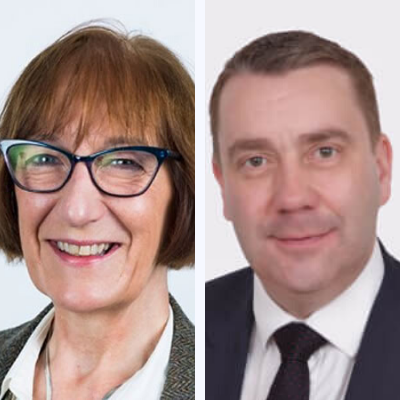