Ahead of our annual conference on Tuesday 19 September, Adrian Ward, consultant at TC Young and honorary lifetime member of the Law Society of Scotland, reflects on a career in which just conscientiously “fulfilling the basic role of the solicitor” has helped make the law serve society better, nationally and internationally.

In one way, the essence of my 50 years as a practising solicitor was entirely unremarkable. I worked in a small office in a small town providing a range of services to meet our clients’ needs. That meant understanding those needs, knowing the relevant law, and applying it. But 40 years ago, I realised that practising our profession could require us to go further than that.

By chance, I was drawn into mental health law, and what we now call adult incapacity law. Adult incapacity law was seriously inadequate to meet people’s legitimate needs. So that professional responsibility had to extend into developing the possibilities of existing laws to the limit, then moving forward into law reform. To fulfil the basic role of every solicitor, I was propelled into ever more remarkable and rewarding areas of experience.

How could we fill the almost complete gap for any form of personal guardianship? The answer, using the genius of Scots law, was to revive the Roman law concept of tutors to adults, but the Court of Session accepted that the renewed form should be adapted to meet modern expectations about the rights of people with disabilities.

That didn’t take us far enough. Mental health law was also seriously outdated. So in the 1990s, I found myself engaged as an external expert by Scottish Law Commission on adult incapacity law reform; giving the keynote address at the conference which launched mental health law reform, then acting as principal spokesperson for the campaign which led to the unique experience of seeing through a brand-new parliament its first substantial piece of legislation, the Adults with Incapacity (Scotland) Act 2000.

There was another theme in the 1990s. The former soviet bloc broke up. Countries there sought to enhance their human rights credentials. Looking for appropriate materials in relation to learning disabilities, they came across a book which I had written in 1984 for non-lawyers. The language was not too opaque. I was invited into various countries in Eastern Europe. World Health Organisation sent me to several in pursuit of mental health law reform. Other entities involved me in adult incapacity law reform. My 1993 book, A New View, was published in six languages and used in over 30 countries. It was expressly written as a guide to assist people to understand, use and improve their laws in ways helpful to people with intellectual disabilities.

In the last decade, the emphasis swung firstly to the whole of Europe, and then to the fully international level. I was always attracted to the concept of powers of attorney as a way of maximising autonomy and self-determination. I progressed from advising individual countries to membership of the expert working party which drafted the Council of Europe Recommendation (2009)11 on powers of attorney and advance directives.

I am currently working on review of implementation of that recommendation throughout Europe, as consultant to Council of Europe. My concerns about difficulties in cross-border situations have drawn me into engagement with the Hague Conference on International Private Law, and the Legal Affairs Committee of the European Parliament. The UN Convention on the Rights of Persons with Disabilities has fundamental consequences for law reform worldwide. Four of us from the Law Society’s Mental Health and Disability Sub-Committee (of which I have been Convener since 1989) formed half of the core research group for the Essex Autonomy Three Jurisdictions Project, assessing compliance of the UK jurisdictions with the convention and advising as to changes required to achieve compliance.

All of this, and much more into which I have been drawn - from writing many articles and books to lecturing at many seminars and conferences, including delivering keynotes at four different major international conferences within the last 12 months - has been underpinned by the same simple motivation which we all share, and with which I started my career. The test for everything is whether it will make law and practice better serve the legitimate needs of at least some people, somewhere, and better operationalise their human rights.

Being a Scots lawyer, imbued with the genius of Scots law, is a unique advantage. The support and collaboration of so many who share that background, and themselves have done and continue to do such fine work, has been indispensable.

Adrian D Ward is a Consultant to TC Young LLP; Consultant to the Council of Europe and Research Affiliate of Essex Autonomy Project at Essex University.

Adrian will appear on ‘The legal profession - Back to basics’ panel discussion at our annual conference, Leading Legal Excellence: For the greater good, on Tuesday 19 September 2017. Find out more 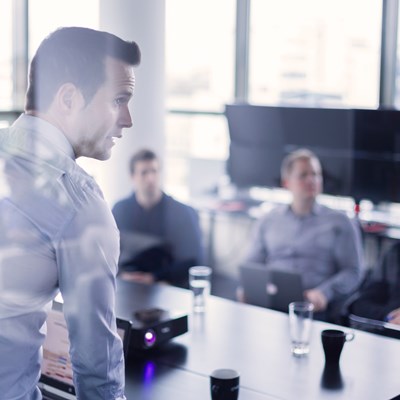