Giuseppe Pia, trainee at Burness Paull, is the first person to undertake a legal tech seat at the firm; a dual role with the tech & commercial team and the firm’s innovation manager. Over his blog series, Giuseppe will de-code the hot topic of legal tech and explain what he’s learning about this growing area of legal service.

My time as a trainee in the tech & commercial and innovation teams is nearly at an end. After spending what has been an immensely insightful six months in this emerging universe, here's what I consider to be the top three legal tech misconceptions.

1. Only Bill Gates’ protégés will thrive in the legal tech world: FALSE

I reiterate what I wrote in my first blog – you don’t need to be a tech guru in order to become highly-skilled in legal tech. It’s important to remember that you’ve chosen to specialise in law, not IT. You are expected to know how to use the programmes, not how to create them. Most Generation Z individuals are tech-savvy and already have a basic tech understanding which a lot of their seniors didn’t have at their age, mainly down to the infiltration of consumer tech into our adolescent lives, and this could give the youth a serious chance to demonstrate their skills in this sector.

2. You cannot upskill legal tech proficiency before/during (or after!) your traineeship: FALSE

Elective legal tech courses are becoming increasingly popular. Enrolling in one will give you an edge over other candidates applying for progressive firms who are seeking those competent in emerging fields within the legal industry, such as legal tech. These courses are available at universities across the country and provide the opportunity to learn first-hand from the country’s leading legal tech specialists.

Of course, in the same way we hone other vital skills needed for any job, on-the-job use of legal tech products is the optimal method to upskill yourself. Needless to say, the best way to improve your abilities in legal tech, as with any other aspect of your career, is hands-on experience. As a first-year trainee we’ve been given a variety of legal tech skills sessions.

A common misconception surrounding legal tech is that once it becomes sophisticated enough, it will eventually lead to job replacement. The reality is that the introduction of legal tech will revolutionise the roles of junior and senior solicitors alike by making them easier. It speeds up certain tasks which allows us to focus on other aspects of our work.

Not only does it change the role of the lawyer but it is also creating new roles in law firms which have never existed before. Examples of this include roles such as mine, an innovation trainee, as well as innovation managers and legal technologists.

You’ve got a friend in Legal Tech: TRUE

Upon reflection as my first year as a trainee draws to an end, it would have been significantly tougher without the tech that has been available to me. Hopefully this blog makes it clear that, despite suggestions that robolawyers are here to terminate the average solicitor and take over the world, legal tech has the ability to transform our profession and take us to infinity and beyond. That being said, one thing for sure is that legal tech, despite all its fantastic capabilities, will never replace the level of client care which can only be provided by us as human beings - which is the most important thing to many clients. 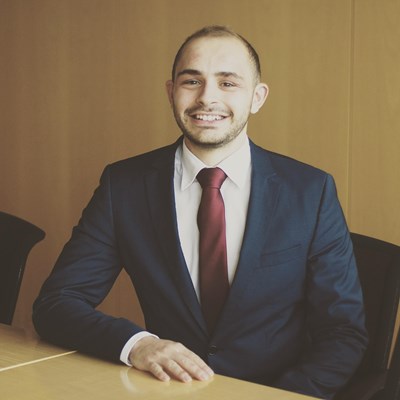 Giuseppe Pia, trainee at Burness Paull, is the first person to undertake a legal tech seat at the firm; a dual role with the Tech & Commercial team and the firm’s innovation manager. Over the course of three blogs, Giuseppe will de-code the hot topic of legal tech and explain what he’s learning about this growing area of legal service.
Read more
Add To Favorites