Glasgow solicitor Alison Atack has been confirmed as the Law Society of Scotland’s next vice president today, Friday, 16 December 2016. 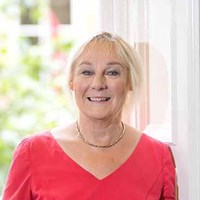 John Mulholland, who was also nominated for the vice president’s post in November, decided to step back earlier in the month to support Mrs Atack. He will remain Law Society of Scotland treasurer.

Alison Atack is a partner at Lindsays and has detailed knowledge and experience of private client work, including succession planning and agricultural property. She joined the Society’s Council in May 1998 representing solicitors in Glasgow and Strathkelvin and has also been a member of the Regulatory Committee and is the current convener of the Client Protection Sub-Committee.

Eilidh Wiseman, president of the Law Society of Scotland, said: “I am delighted to confirm Alison as vice president-elect.

“Alison has represented her Glasgow constituency for many years and through her work at the Society and in private practice, she fully understands the high professional standards expected of solicitors.

“I know that Alison will bring her knowledge, enthusiasm and commitment to the role of vice president next year, particularly during a time of enormous change for the profession and public alike. There are a number of important issues for the Society to focus upon, not least the rapidly changing legal market, legal aid funding and of course the outcomes of negotiations following the vote to leave the EU.”

Alison Atack said: “It will be a real honour to take up the post of vice president and work alongside Graham during his presidency next year. I’m delighted that I will be in a position to continue the tremendous work that Eilidh and Graham are doing on behalf of the profession, along with the wider Law Society team. It’s important that we continually improve as an organisation and support our members whether they work in private practice or in house, on the high street or for a global enterprise. I fully intend to pick up the baton on the key issues affecting the profession and the public we serve.”