Greater publicity required on importance of making a will

People in Scotland need to be more aware of the importance of making a will and keeping it updated.

In its response to a Scottish Government consultation, the Law Society of Scotland has backed proposals to reform inheritance law in cases where an individual has died without a will and has stressed the importance of making a will as the best means of ensuring an individual’s wishes are met.

Gordon Wyllie, Convener of the Law Society of Scotland’s Trusts and Succession Law Sub-Committee, said: “Aspects of the law covering inheritance rules in Scotland could be made fairer. The government’s proposals only relate to cases where an individual has died without a will and we know from research conducted by the Scottish Consumer Council in 2006 that only 37% of people in Scotland had made a will. While we agree that the current approach requires reform, we must stress the importance of making a will as the best way to ensure that an individual’s wishes are properly covered.”

The professional body for Scottish solicitors has also highlighted anomalies in the current law providing rights to cohabiting couples, which it believes are problematic and disadvantageous to vulnerable and grieving individual people.

Gordon Wyllie added: “When a cohabitant dies, the surviving cohabitant has a period of just six months from the date of death to make an application to the court for financial provision. We agree that cohabitants should continue to have to apply to the courts, but we have proposed an extension to the time limit to make a claim.

“Currently a claim must be made to the court within six months of the date of the death of the cohabitant, during which time an individual is likely to be grieving and struggling to deal with practical matters following the death of a partner. We welcome the Scottish Government’s intention to extend the period to 12 months from the date of death. In cases where confirmation is obtained in respect of the deceased’s estate after the expiry of 12 months from death, we have suggested an additional extension of up to six months from the date of confirmation.”

The Law Society has also called for clarification of the law where an executor is convicted of a serious criminal offence and consideration should be given to their removal from office.

Our full report on cohabitants' rights is available to read here.

Making a will is one of the most important things we can do - it determines how our most personal possessions and hard-earned savings will be shared among close family and friends.

Our proactive policy projects on areas of the law that have failed to meet the needs of modern society. 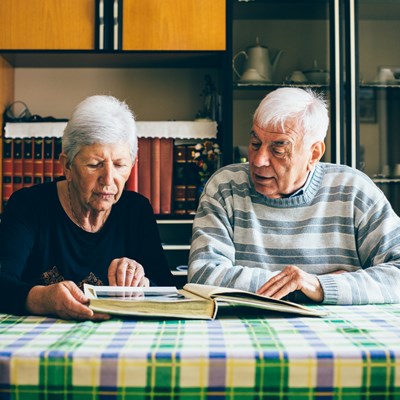