How getting involved in debating can change your life 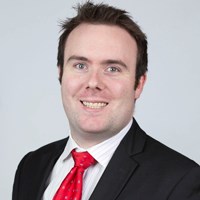 Our Head of Education Rob Marrs explains how getting involved in debating, whether as a competitor or judge, can be incredibly rewarding. And more importantly, he explains how to win a debate.

Each November something rather magical happens.

In school libraries across Scotland, teams from differing schools come together to debate about a contentious topic. They are judged by lawyers and law students who are fuelled by coffee and a few Bourbon biscuits.

The crowds are usually pretty sparse. At most there will be a few parents, a timekeeper and occasionally a keen younger pupil or two.

For the pupils involved, though, the experience will be a mix of nerve-jangling, thrilling and potentially life-changing. A young person can find their voice, career choices may open up, and a lifetime of civic engagement may be sparked. That’s pretty huge. It can be hugely rewarding for judges too. If you are interested then please sign up here.

That decision in first year of university to attend the debating society helped me make friends from around the world, gave me the opportunity to travel to three continents, and made me think about the world in different ways.

I admit I’m biased. Once upon a time I was a debater. Not a hugely successful one in terms of trophies won but it isn’t always about that. I recognise that getting involved in debating changed my life. That decision in first year of university to attend the debating society helped me make friends from around the world, gave me the opportunity to travel to three continents, and made me think about the world in different ways. I’m not unique in this regard. I’m entirely typical.

How do you win?

So, for those pupils who are about to take part in the competition: how do you win?

A good starting point is being clear in your own arguments. What are you trying to say? Many debaters get bogged down in detail, statistics and examples. They complicate and confuse matters. They throw shadows into the air. The very best debaters explain difficult concepts well. A good rule of thumb is: can someone with no prior knowledge of the subject at hand understand your argument?

The difference between a good public speaker and a good debater is the latter’s ability to respond well to the other side through in-speech rebuttal or via points of information. That really is the skill of being able to listen very carefully to the other side. How can you respond to them if you haven’t been listening to what they’ve said?

If the opposing side makes a series of arguments that you need to rebut in your speech always focus on their most important point. Don’t nitpick or focus on trivialities. Don’t avoid their arguments. Don’t try and steer it back to what you want to say. Take them on, head on. If you defeat them on the big ticket items, you win.

I read an article recently which said ‘a persuasive – albeit counterintuitive – debate tactic is taking the most charitable interpretation of an opponent’s position and demonstrating why – even under that interpretation – their view is mistaken’. It is very good advice.

Debating, unlike public speaking, isn’t trading essays. No debating judge wants to listen to a prepared script. Many debaters are tied to their notes and read out entire speeches. Whilst I understand moving away from notes can be scary, it is necessary. Debaters need to be light on their feet and sometimes need to be able to deviate from your planned speech.

Reading notes usually inhibits your speaking style as you are looking down and mumbling whereas the audience and judges want to be persuaded.

So find your own style – one that suits you. There is no one style that wins debates, no one style that is persuasive. Look at politics. The only thing that links William Hague, Mhairi Black, Dominic Grieve, Tommy Shepherd, Ruth Davidson, Hillary Benn and the late Charles Kennedy is that they have all shone in political debate. Their styles could not have been more different.

Embrace your own style and practice it

And if you don’t win? Get better. The best way to get better is to practice. Watch other people debating, judge debates in your school debating society, take part in competitions, do training exercises and games. All of these help debaters improve their technique.

When you compete make sure you always ask for feedback from the judges. Remember that feedback is only useful if you carefully consider it and apply the lessons learned. You might not agree with it but ultimately the judge’s call matters more than your opinion.

The competition is named in honour of Donald Dewar – a formidable student debater, a solicitor, and a politician who changed Scotland and the UK forever. Once upon a time he was the young debater who was nervous before a debate. So don’t be worried about the butterflies in your stomach. Everyone gets them. Enjoy it, give it your best shot and from all here at the Law Society of Scotland, the very best of luck.

The first round of heats in the 2016/17 Donald Dewar Schools Debating Tournament take place on 17 November 2016.