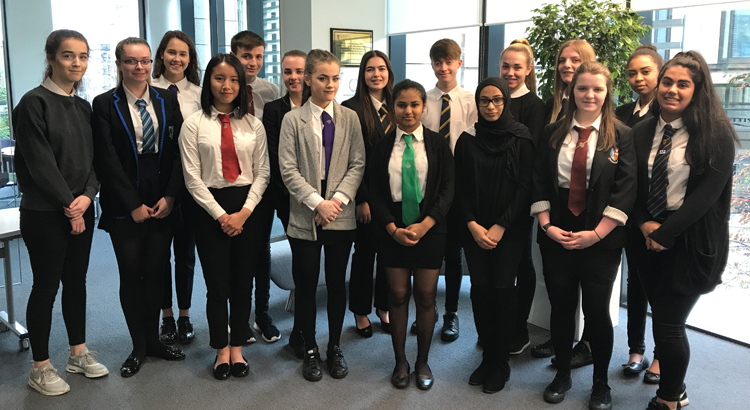 The Law Society of Scotland is holding its first summer school for pupils aiming for a career in law.

Pupils are taking part in the four-day summer school at the Society’s Edinburgh offices this week (w/c 19 June 2017) to find out about studying law at university and what it takes to become a solicitor.

The summer school students will learn about different areas of the law, visit the courts in Edinburgh and get a glimpse of working life at a large commercial law firm. They will also meet a number of senior Scottish solicitors and solicitor advocates who will talk about their careers and offer a masterclass in advocacy.

The group is also set to take part in Street Law sessions, which aim to bring the law to life through interactive workshops with current law undergraduates. The sessions will look at Scotland’s criminal law, organ donation and will consider the law around children.

The summer school is part of the Law Society’s work to boost fair access to the legal profession. It builds on its highly successful Street Law outreach programme, which has involved 46 schools and more than 1,000 pupils over the past three years.

Rob Marrs, Head of Education at the Law Society of Scotland, said: “Our first ever summer school will offer a real insight into what pupils might expect if they choose to study law and aim for a career in the legal sector.

“We know from our research that fewer than one in 12 entrants to the LLB come from disadvantaged backgrounds and that some schools rarely have pupils applying to study law. We strongly believe that we should have a diverse legal profession which reflects our wider society and that the route to becoming a solicitor should be accessible to anyone with the ability and ambition to become a solicitor regardless of their background. Our Street Law programme and this year’s summer school aim to help open up opportunities for young people who may not have considered studying law as an option.

“I’m delighted that so many of our solicitor members have been willing to take part in the summer school sessions and help to inspire the young people attending this week. I hope this week marks the first of many summer schools for would-be Scottish solicitors.”

A wide-ranging action plan aimed at making the route to qualification as a solicitor as fair as possible was approved by the Law Society of Scotland's Council in 2014.

The Law Society’s Fair Access to the Profession report, published in 2014, was the culmination of six months of research into all elements of the route to qualification as a solicitor, from school careers advice to qualification into the solicitor profession and beyond. The Society launched its Street Law pilot in 2014, inviting LLB and Diploma students to work with pupils of eight schools in disadvantaged areas of Glasgow. In 2016, 46 schools and over 1,000 pupils took part in Law Society Street Law sessions. The Law Society was also awarded the best training initiative at the European Association Awards 2017.

A key part of our work is to assure fair access to the legal profession, so we do a range of work with Scottish schools. Find out about our Street Law programme, schools debating tournament and careers events.