Plans to introduce an anti-money laundering (AML) levy on solicitors has been opposed by the professional body for Scottish solicitors.

The Law Society of Scotland has said a proposed new levy on the legal profession to fund UK Government anti-money laundering activity  is unnecessary, arguing that the profession already pays substantial sums toward regulatory costs, including AML regulation.

It has said the profession is strongly committed to fighting economic crime and took a “front line defence approach” through the current AML processes to prevent, identify and report money laundering activity.

In its response to a UK Government consultation on proposals for a new AML levy on the legal profession and other sectors, the Law Society has said that as wider society benefits from anti-money laundering activity it should be funded centrally rather than through the legal sector and other professional services sectors, stating that “the impacts of economic crime are felt across society as a whole and therefore any benefits that materialise from tackling economic crime are equally beneficial”.

In the consultation response the Law Society has said that should the proposals go ahead despite the objections raised, any new levy should provide an exemption for small businesses. It has also stated that in calculating any levy it should only be for AML-related work and not the firm’s overall income.

Law Society of Scotland President, Amanda Millar, said: “We are opposed to the introduction of a further levy being placed on Scottish solicitors.

“We are committed to tackling economic crime resulting from money laundering activities and have increasingly focused on measures to reduce money laundering risks within Scotland’s legal profession. This includes creating an AML-specific team within the Society and the introduction of new measures such as an annual AML Certificate to assess AML risk in the legal sector. All of this activity is already funded entirely by the profession meaning Scottish solicitors already contribute more than most for measures that benefit everyone in society.”

She added: “As well as there being no need for an additional levy given the high level of existing AML regulation, the timing of these proposals could not be worse. There is already considerable economic uncertainty caused by the Covid-19 pandemic, with many firms facing potential long-term hardship. Scottish solicitors pay substantial sums towards regulatory costs, including the annual levy imposed by the Scottish Legal Complaints Commission (SLCC), which has seen an increase of 25% in the last three years alone,  in addition to our own regulatory costs which include an annual fee related to AML regulation.

“The size of the Scottish legal market - around 10% of that in England and Wales – means there is greater sensitivity around cost.  Relatively small changes in fees can have big consequences, potentially affecting the financial viability of smaller high-street businesses, which find it more difficult to absorb new costs.  The cost of any additional levy imposed on Scottish solicitors will be ultimately be paid for through client fees, which could be detrimental overall to those seeking legal advice.”

The Law Society has called for further clarification from the government on how proposed costs would be divided between private sector and public funding. It has also said that any new levy must be transparent and proportionate to the actual risk posed to ensure the legal sector and individual firms are not disadvantaged. It has also stated that any funds raised by an AML levy must not be diverted for either general government spending or other areas of economic crime such as fraud. 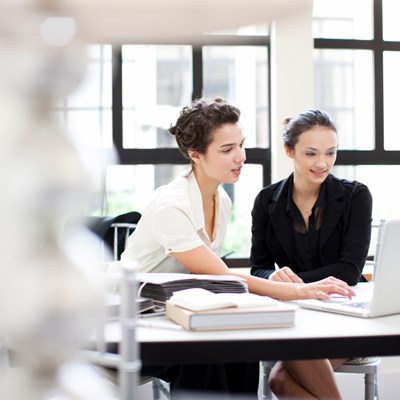