The solicitor credited with pioneering much of Scotland’s modern law on incapacity and mental disabilities is to be awarded honorary life membership of the Law Society.

Adrian Ward MBE, now retired from frontline practice but continuing as a consultant, will receive the award at the Society’s annual general meeting later this month.

The Society’s President, Eilidh Wiseman, described him as a “pioneer”, who has rightly received international recognition for his work. She said: “It is not an overstatement to acknowledge Adrian as a legal ‘master’ in the field of adult incapacity law, as he was described in one court judgment.

“He is a pioneer of much of our modern law on incapacity and mental health and disability, including helping to steer the first major piece of legislation – the Adults with Incapacity (Scotland) Act 2000 – through the Scottish Parliament.

“Adrian also carried out hugely valuable work on human rights in eastern European countries following the break-up of the Soviet Union and has played a prominent role in promoting powers of attorney, or their equivalents, at home and abroad.

“For all that work, and more, Adrian is truly deserving of honorary life membership of the Law Society of Scotland.”

Adrian has been a member of the Law Society since 1967. He is now a consultant to TC Young, and also works as a consultant to Council of Europe, after a distinguished practising career – including his apprenticeship – in excess of 50 years.

He has convened the Society’s Mental Health and Disability Sub-Committee since shortly after it was established in 1988 and won the Scotsman Lifetime Achievement Award at the 2014 Scottish Legal Awards.

He was awarded an MBE for his work with people who have learning disabilities in Scotland and has received national awards for legal journalism, legal charitable work and legal scholarship.

The Law Society AGM will be held at its Edinburgh offices on Thursday, 25 May 2017. 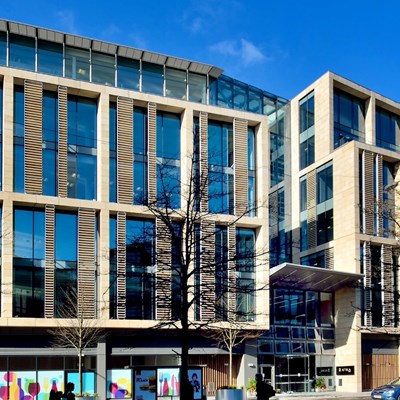 The Law Society of Scotland is the professional body for over 12,000 Scottish solicitors and was established in 1949 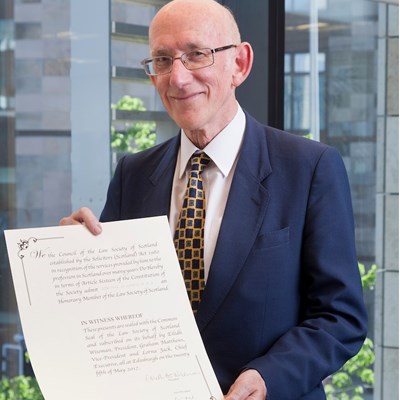