The Law Society of Scotland has welcomed the announcement that Lord Reed is to become President of the Supreme Court, taking on the role from Lady Hale in January 2020.

Lord Reed is the first judge from Scotland to be appointed president of the UK’s highest court since it was established in 2009. He was appointed as a Justice of the Supreme Court in 2011, prior to which he had been a judge in Scotland's Court of Session since 1998.

John Mulholland, President of the Law Society of Scotland, said: “I congratulate Lord Reed on his appointment as President of the Supreme Court. He has had an exemplary career as a Scottish QC and Advocate Depute and as a member of the judiciary for the Court of Session, the European Court of Human Rights and the UK Supreme Court.

"Lord Reed has always been a strong advocate for the rule of law and the need to ensure access to justice. He will bring a huge depth of knowledge and wide-ranging experience to the presidency when he takes up the role next year.

“I also want to pay tribute to Lady Hale who has been an inspiring figure throughout her legal career and no less so during her time as Supreme Court President in her drive to bring about gender equality within the judiciary and to increase public understanding on the role and work of the Supreme Court. Lady Hale was in Scotland regularly during her presidency and we were delighted to welcome her as a keynote speaker at our annual conference last autumn when she spoke about the role of Scots law and the contribution of Scottish cases in developing UK law. We offer our very best wishes for the future.”

Lord Reed was also awarded a lifetime peerage on 24 July 2019. 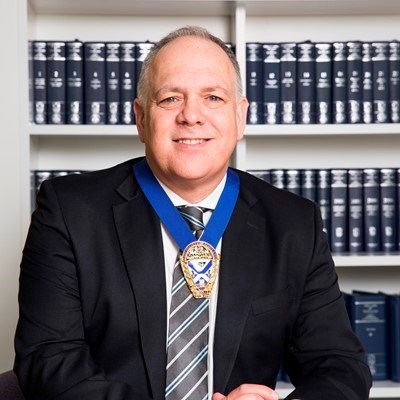