I’m delighted to have been elected as Council member for the Law Society of Scotland for the constituency of England & Wales. I am grateful to everyone who voted: thank you.

I appreciate that many of you don’t know me, so please read on for a brief introduction. My name is Naomi Pryde, and my role on the Council is to ensure that my constituents’ voices are heard by the Law Society of Scotland. England & Wales is the third largest constituency, after Edinburgh and Glasgow, and I’m keen to make sure that members down south are properly represented.

I trained and practised as a qualified solicitor in Scotland for four-and-a-half years before moving to London. I have now been in London working at Matthew Arnold & Baldwin LLP for over a year. I understand that the needs and expectations of Scots-qualified solicitors practising in England & Wales – and indeed elsewhere outside of Scotland – often differ from those of solicitors practising in Scotland. I am keen to represent and support these priorities. In particular, I am eager to better represent and support the newly qualified and more junior members of the profession, not least in their transition from working in Scotland to elsewhere. As someone who is six years qualified and recently moved from Scotland, I really do understand – and am able to respond to – these specific concerns.

The Council meets once a month in Edinburgh, and I would be delighted for you to contact me with any concerns or issues you would like me to raise at the meetings. I am equally always happy to meet fellow members of the Law Society of Scotland to discuss any issues.

Chantel (Head of Member Engagement for England and Wales) and I are in the process of organising a networking event for members and details will be circulated shortly. I very much hope to see many of you there. 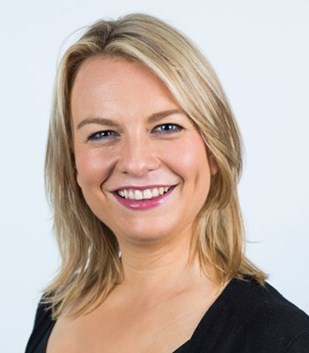 In March of this year, we carried out a survey of our members based in England and Wales to learn more about them and the types of support and sevices which might be of interest. A summary of the results is now available below.

We will soom be organising a more focused roundtable discussion of the results with a smaller number of E&W members to learn more about what you want from your Society. To be part of that email chantelgaber@lawscot.org.uk.

In May, we partnered with Dr Suzanne Doyle Morris via her InclusIQ Institute to bring members in England and Wales a career event on unconscious bias and progression to partnership.

The event was held at the University Women's Club and we had a fantastic panel, including Mary-Anne Wright, from DWF and Head of the Women's Division of the Law Society of England and Wales, Lynssey McCall, from MLA Global, Naomi Pryde, who is our new Council member, and turnout from members and stakeholders.

The event marks ten years of research by the Society into equality and diversity in the legal sector. We have tracked lots of interesting changes in the profession, including the increase in females and people from ethnic minorities entering the profession, which is excellent news. But we have also seen areas which have not improved in the last ten years - these are pay, progression and partnership for women. These are issues that we, as the Law Society of Scotland, were keen to discuss at the event and are keen to keep raising – trying to get employers to improve practice, and empower all solicitors with hard evidence on issues to encourage them to talk about and champion better ways of working.

A property lawyer's view of the City of London

Reema Mannah, a Scottish solicitor and underwriter working in London with Titlesolv, takes a look at the commercial property scene in her adopted home and how the City is likely to develop in the coming years.

In spite of commuting woes and overcrowding, the City of London is the most vibrant and architecturally enriching place in the world to work. As clichéd as it sounds, The City is truly a meeting place of past glories and future aspirations and this resonates in the architecture which flanks its streets. For the property lawyer, this architectural goldmine simultaneously delivers a constant stream of work and an intellectually stimulating conveyancing regime.

The evolution of title to properties is a direct function of the history of their location and London is unparalleled in terms of its history; with that comes a plethora of unique title issues that the London-based property lawyer must face; with the likes of St Paul's Cathedral, The Royal Exchange and The Guildhall dotting the City landscape, use restrictions, historic reservations and listed buildings regulations matters abound.

The modern city itself lies some 18m above The Basilica and The Forum, once a marketplace for Roman invaders and not many people would be aware that the metal implants into the pavements of the City streets are markers of the official boundary of the City which gives rise to building line and other administrative planning issues. With such an abundance of historic title issues, complications are inevitable when planners, developers and investors in the City attempt to execute their own vision of a modern city, which must mandatorily evolve to attract the intellectual elite so vital for its longevity.

London is one of the trio of world financial services hubs which includes New York and Hong Kong. It is also the epicentre of the insurance world as the home of Lloyds of London and the preferred location for the headquarters of global broking powerhouses such as Aon and Willis. All global corporations covet the prestige of a London presence, hence the reason for a planned further 200 skyscrapers in the City and its peripheral districts over the next ten years. Such a ferocious appetite for development will also lead to challenges, in particular the attempted enforcement of rights of light and in the proposed demolition and redevelopment of places of historic interest.

With arguably the largest margin for property price inflation, London is a magnet for property investors and property portfolio investments, REITS and other complex financial instruments such as property derivatives are on the increase. For the decision-makers, enabling an adequate supply of affordable housing stock, whilst continuing to ensure that the quality of high-end housing for the multimillionaires whose presence in the City are equally as important will be a challenge; therefore, judicial review applications around contentious planning decisions are also likely to increase.

As time pressures and complex title issues mount in a city that is ever competing to maintain its image on the world stage, title and transactional risk management have become critical to property lawyers. Title insurance, once exclusively the panacea for title defects in US jurisdictions, has now firmly taken root in the United Kingdom, as a time-efficient and cost-effective risk assignment mechanism.

Titlesolv is a wholly owned subsidiary of the S&P AA-rated Reinsurer Hannover Re, which specialises in the provision of niche title insurance solutions, for niche markets such as London and which works closely with property lawyers to ensure that they deliver the optimum insurance structure for specialist matters.

Titlesolv is a trading name of London & European Title Insurance Services Limited, authorised and regulated by the Financial Conduct Authority and member of the Hannover re Group.

Smartcard rollout in England and Wales

We’re close to finalising dates in the autumn in London for the rollout of the Law Society of Scotland Smartcard. We will be in touch with members directly to invite them to an event where they will receive their card. For members outside of London, where possible, we will arrange for one-on-one opportunities for solicitors to be issued with their card. 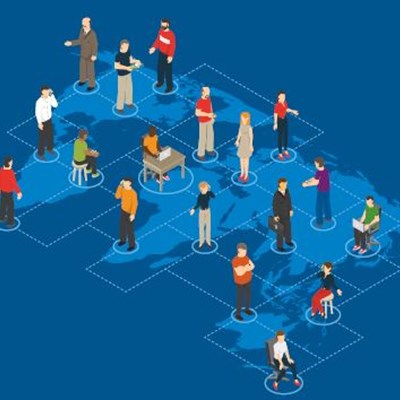 Working in England and Wales

We have a diverse community of members working in many cities across England and Wales including London, Bristol, Leeds, Manchester and Birmingham.