A below inflationary rise in the cost of practising as a Scottish solicitor, has been agreed by solicitors at today’s Special General Meeting.

Members voted in the majority to adopt the proposed rise of £10 in the 2019/20 Practising Certificate (PC) subscription to £575, put forward by the Law Society’s Council.

The decision to increase the PC fee by 1.7% was taken by solicitors at the Society’s Special General Meeting (SGM) in Edinburgh, on 6 September 2019 and those who had already cast their vote online in advance of the meeting.

John Mulholland, President of the Law Society of Scotland, said: “The Society is acutely aware that it is difficult to ask our members for any more money. However, this below inflation increase to the cost of practising as a solicitor will ensure we can continue to provide support and services for our members and meet our regulatory requirements.

“It will ensure we have the right resources to be an effective professional body for all Scottish solicitors whilst also restricting the rise in the cost of practice.”

Among other business, Sheriff Brian Kearney and Alistair Cockburn were awarded honorary membership of the Society. The SGM also held discussions on draft practice rules that the Society will need to put in place should the UK leave the European Union, and Murray Etherington, Chairman of the Insurance Committee spoke to the profit share agreement for the Master Policy for the three insurance years to the end of 2017.

Read the full release on the honorary membership of Sheriff Brian Kearney and Alistair Cockburn. 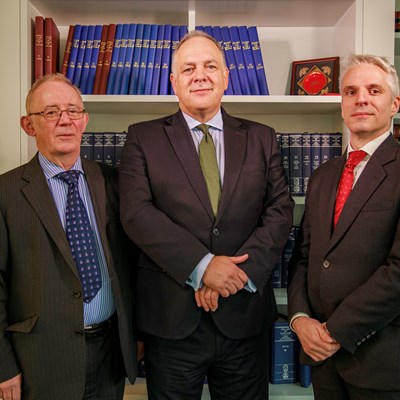 Two west coast based solicitors will be awarded honorary membership of the Law Society of Scotland in its platinum year, at its special general meeting on 6 September 2019
Read more
Add To Favorites
Categories
News Archive