We submitted a briefing on the Taxation (Cross-border Trade) Bill ahead of the Second Reading debate in the House of Commons on 8 January. We highlighted the importance of ensuring that where powers are delegated the scope of those powers is not wider than is necessary to achieve the objectives of the Bill. We also suggested that there should be an obligation to consult on any regulations to be introduced to ensure meaningful stakeholder engagement.

We also submitted a briefing on the Trade Bill ahead of the Second Reading debate in the House of Commons on 9 January. They key themes we addressed in the briefing included: concerns regarding the extensive scope of proposed delegated powers; the clarity of drafting; and ensuring effective engagement and cooperation with the devolved administrations.

In addition, the Constitutional Law Committee issued a briefing and proposed amendments together with the reasons and effects in respect of the European Union (Withdrawal) Bill for consideration ahead of the Second Reading in the House of Lords on 30 and 31 January 2018.

The Criminal Law Committee issued a briefing on the Offensive Behaviour at Football & Threatening Communications (Repeal) (Scotland) Bill ahead of the Stage 1 debate on 25 January 2018.

While the question of repealing the Act is a matter for the Scottish Parliament, we do not think its repeal will leave any gap in criminal law. We raised the ongoing difficulties with sections 1 and 6. We believe that repeal of section 1 alone or as part of a package of other amendments to the 2012 Act will not leave any gap as existing measures will capture any relevant offending behaviour. In relation to section 6, we do not consider this offence to be an improvement on the existing common law and various statutory provisions that were previously available.

See our full briefing on the Bill

The current policy of the Scottish Government is that litigants should meet the cost of the court service, and therefore court fees should move to a position of seeking full cost recovery. We do not support this aim, and it remains our view that moves towards full cost recovery should be resisted. A properly funded court system is an essential part of our civilised society and respect for the rule of law, and it is in the public interest to maintain a robust and respected system for resolving disputes. It is the proper responsibility of the state to fund that system.

See our full response to the consultation

The Competition Law Committee responded to the Competition and Market Authority (CMA) consultation on its draft annual plan for 2018 to 2019.

We welcomed the commitment to strengthening the CMA’s presence in Scotland with an expanded office. It makes sense that competition issues which are of significant importance in Scotland and directly affect Scottish consumers should be dealt with by locally engaged staff. We look forward to working collaboratively with the new team as appropriate.

In our response to the House of Lords inquiry into the impact of Brexit on UK competition policy, we emphasised the importance of ensuring that the impact on the specific Scottish market is taken into account in assessing the competition law implication of a particular case. The introduction of a new Scottish office could help to ensure that such cases are reviewed from the devolved perspective as staff will be “closer to the ground”.

See our full response to the consultation 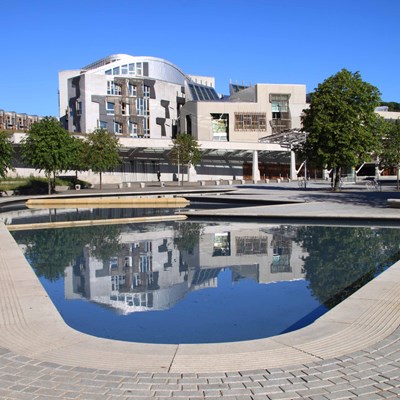