Our policy committees analyse and respond to proposed changes in the law. Key pieces of work completed in January are highlighted below.

The Joint Committee on the Fixed-Term Parliaments Act has been appointed to carry out a review of the operation of the 2011 Act and make recommendations for the repeal or amendment of that Act as necessary.
The Constitutional Law sub-committee responded to the Joint Select Committee’s Inquiry in December. Among other points, the response highlights the fact that as the Act was designed by a coalition government, and not by a minority government, this resulted in a failure of the legislation to clarify what the implications are of a loss of a confidence vote for the future of the government. It also noted that if the government were to achieve its original policy intention, then the Bill should provide that restoration of the prerogative powers to dissolve parliament would specifically require the consent of the Monarch.
The response is available on our website.

The Scottish Government published an update to Securing a Green Recovery on a Path to Net Zero: Climate Change Plan 2018–2032 in December 2020. A number of sub-committees contributed to a joint response to four of the Scottish Parliament’s Committees on the Plan. The response welcomed the update and the coordinated approach which it sets out. The importance of integrating the Plan update and policies flowing from it with other environmental strategies was noted, including plans around tackling waste and developing a circular economy. The response highlighted the need for clear communication with consumers about innovation and energy developments in order to support change and noted the role of commercial laws and trading relationships in creating an attractive investment environment to support Scotland in achieving its climate change targets.

The Planning and Licensing Law Sub-committees submitted written evidence to the Scottish Parliament’s Local Government and Communities Committee’s in respect of The Town and Country Planning (Short Term Let Control Areas) Regulations 2021 and The Civic Government (Scotland) Act 1982 (Licensing of Short-term Lets) Order 2021. These legislation will introduce planning and licensing schemes in relation to short-term letting in Scotland. The evidence noted that much will depend on the practical operation of the schemes and stressed the need for clear guidance to be issued in advance of the schemes becoming effective, for example, setting out what constitutes a material change of use of a dwellinghouse and relevant considerations in determining a planning application. Concerns regarding resourcing for local authorities to operate the schemes were noted and a number of points made regarding the drafting of the Licensing Order.

The Criminal Law Committee provided written evidence on this bill to the Scottish Parliament’s Justice Committee at Stage 1. In its submission, the committee endorses the need for a comprehensive review of the law on culpable homicide and points out that it forms part of the important work that the Scottish Law Commission is currently undertaking on the law of homicide more generally. The committee recommends carrying out a comprehensive review once the SLC report is available, rather than implement piecemeal changes.

The Criminal Law Committee also provided written evidence on this bill to the Scottish Parliament’s Justice Committee at Stage 1. The committee noted that there are a significant number of operational, resourcing and practical matters, which it raised in the previous call for evidence and which were referred to in the Stage 1 report, that still need to be addressed and sets out in more detail what these are, including there being a risk of numerous potentially overlapping measures, the proportionality of the threshold in section 4, and, when using the order, establishing if it has primacy over existing rights.

This Bill aims to “improve opportunities for disabled children and young people as they grow up”. The Mental Health and Disability Sub-Committee provided written evidence to the Scottish Parliament’s Education and Skills Committee at Stage 1. The committee welcomed proposals for a National Transitions Strategy, and for new duties on local authorities to prepare and implement transition plans for each disabled child and young person. However, the committee highlighted the need for appropriate forms of redress and remedy where disputes arise, and for robust mechanisms for dispute resolution. The committee also highlighted concerns regarding the definitions of “child” and “young person” within the Bill, and called for clarity on how the proposals would interact with existing adults with incapacity legislation. 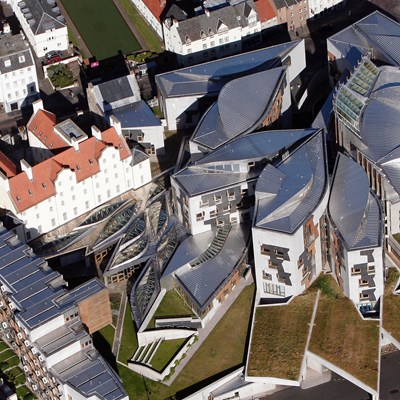