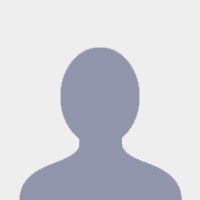 There are some dilemmas faced by those practising in-house that most dare not speak of. Not so our secret in-house lawyer. Here they reflect on the tricky matter of picking a suitable job title, taking a lighter look at the challenge of explaining to colleagues what exactly it is they do.

The MD believes in saying what he sees. You could say he calls a spade a spade but that doesn’t describe how plain speaking he really is. He calls trowels mini-spades; diggers are big mechanical spades; and a fork is a spade with fingers. He’s less ‘say what you see’ and more ‘say what you see and how it relates to a spade’. I think of describing myself as "a man without a spade" but settle for "I'm a lawyer".

I knew this would happen. I remind him that "LAWYER" is in fact my job title and that when he hired me he gave me a business card with "lawyer" on it because, in his words, "that's what you are."

"Well, that's not good enough," he said, "anyone can be a lawyer, you should call yourself something grander now you work for us. Change your title!"

And with that he was off faster than the IT guy’s laptop when he thought I could see his screen - and I’m left with a dilemma. What should I call myself? I'm an in-house lawyer. We don’t have titles like private practice. In private practice everyone knows their place by their title. It’s like the Royal Family. Partners are the Queen, associates are Prince Charles, assistants are Prince Edward and trainees are the corgis.

I'm not a partner or assistant, a trainee or even a corgi. I'm not anything my mum wants to tell her friends about. I once tried to tell her I was a "legal counsel" but I stopped that when I heard her on the phone telling my Gran that I chased people to pay their council tax.

So, what’s in a name? Should I call myself Legal Director (too presumptive?), Legal Manager (too modest?), Head of Law (even if I would only be head of myself), King Law (getting better), The Wizard of Torts (my favourite), Reginald (in honour of abstractly named TV channel, Dave) or just Parking Fine Man because that’s what I do.

In the end, I chicken out, and just call myself "General Counsel" because I saw it on the business card of a lawyer from a FTSE100 company and it sounded big and important.

"What does that mean?" asks the MD.

"Well," I said, pleased to pass on some legal history, "Counsel originally meant advice, so, I guess it means general advice, which is what I do."

"Exactly" said the MD, "now as The Lawyer, sorry, General Counsel, can you look at this parking fine...."

If you’ve ever faced the same dilemma as our secret in-house lawyer, there are some pointers on what to call yourself in our guide for working in-house.

And if you’d like contribute a guest post to our in-house blog, we’d be delighted to hear from you. Contact Beth Anderson, Head of Engagement for In-House Lawyers