Sheryl Dempster, a fourth year law student at Strathclyde University, has won a three week paid work placement with the Scottish Parliament’s Legal Services team and a £500 cash prize for her winning entry in our student competition.

Sheryl chose to answer the question in a written piece detailing the Historic Sexual Offences (Pardons and Disregards) (Scotland) Act 2018.

We had a quick catch up with Sheryl to find out how she feels about her success!
Find out what Sheryl had to say...

How did you find out about the competition and what made you enter?

I found out about the competition through an email sent out by my university. Once I read into it I was eager to apply as I thought the opportunity would be fantastic if I was lucky enough to win.

Did you come across anything that surprised you when you were researching the legislation passed by the Scottish Parliament?

When researching the topic of my essay I was surprised to read an interview from two men who experienced first hand the degrading treatment that was inflicted upon homosexuals in the past. Although I was aware that this is what went on it is still shocking to hear individuals stories. This was what drove me to write the essay I produced.

What are you most looking forward to experiencing while working at the parliament?

What made you study law, what drives you to qualify as a solicitor and what do you most enjoy about being a law student?

Law is a massively huge part of our society and everyday lives. It impacts everything which is made clear from a young age and this is what made me so interested in studying Law, something I had been determined I would do from a young age. Throughout my university career I have only became more interested in law through what I’ve learned and this interest drives me to qualify as a solicitor. I believe it is a career I would enjoy and one that would continue to challenge me on a daily basis. The best part about being a law student for me is getting to put what you learn into real life scenarios, something which is difficult but extremely interesting.

Where do you see yourself in ten years?

In 10 years time I would like to imagine myself being a fully qualified solicitor with a steady job in a firm I enjoy and working in an area of law I have thrived at.

Over the last 20 years the Scottish Parliament has introduced a number of significant acts that have had a positive impact on the lives of Scottish people. To narrow it down to one with the most significance is not an easy thing to do. However, one that I believe will have a massive positive impact on the lives of many, as well as a meaningful symbolic effect, is the Historical Sexual Offences (Pardons and Disregards)(Scotland) Act 2018. This act pardons and disregards historical convictions relating to same-sex activities.

Not that long ago in Scotland’s history same-sex activities were actually criminalised. It was not until the introduction of the Criminal Justice (Scotland) Act 1980 that these acts were partially decriminalised- this was thirteen years after the same change was made in England. In society now-a-days the thought that such a law could ever have been in place is truly shocking. It is a societal trend to associate any criminalised act with being a moral wrong, thus, homosexuality had, and sadly will still have in ways, a negative stigma attached to it. The change in legislation in 1980 also still left clear discrimination in place with the condition that the men participating in the same-sex activities must be over twenty-one, a big difference from opposite-sex couples with the age set at sixteen.

In 2017 the BBC published an article on the history of criminalisation of homosexuality in Scotland. Within this they included a video interview taken from two married men, Nick aged seventy-one and Phil aged sixty-four, which I would recommend watching. They both suffered battles with their sexuality in their youth and struggles with being accepted for who they were within society, and due to this also with accepting themselves. Nick gave an account about two particularly traumatic incidents, one where he attended aversion therapy for two weeks, after going to the doctors on his own accord, where they would use electric shocks as a way to try and psychologically treat his homosexuality. He was also fined for participating in homosexual activities. It is hard to imagine the mental struggle that would have been upon Nick having suffered both of these events and I fully believe that it is extremely important for society to display their awe to Nick and the many others who suffered as he did. This is one of the reasons I believe the introduction of the Historical Sexual Offences (Pardons and Disregards)(Scotland) Act 2018 is of such great importance.

Phil also faced his own struggles. He went on to explain his first-hand account of the fact that just because the law has changed does not mean attitudes change with it. He made a very convincing case that actions, such as that done to Nick with the shock aversion therapy, constituted ‘institutional violence’ and believes that there should be a public apology with society recognising that these acts were wrong. The purpose of this act as stated under section 1, is to ‘acknowledge the wrongfulness and discriminatory effect of certain historical sexual offences by- a) pardoning persons who have been convicted of those offences, and b) providing a process for convictions for those offences to be disregarded’. Therefore, the introduction of this act is a step in the right direction to making up for this wrong- although it is not a wrong that can be fully corrected.

As a society, we owe it to our future generations and past generations, to evade any negative stigmas attached to being homosexual. It is important to prevent struggles faced by many in the past, and still faced by people today, to be gone un-regarded and use them in the most positive way possible to create change. We have seen these types of struggles throughout history, for example with woman fighting to achieve equality. We are a society that does not react well to change but as it has been proven that the battle is one worth being fought. Thus, I believe that this act will have made a substantive impact on the lives of those who were affected by the wrongful criminalisation of such acts all those years ago, as well as have a positive symbolic impact in the fight for equality within society and for those future generations to come. This shows that the work of the Scottish Parliament is of huge importance within our society. 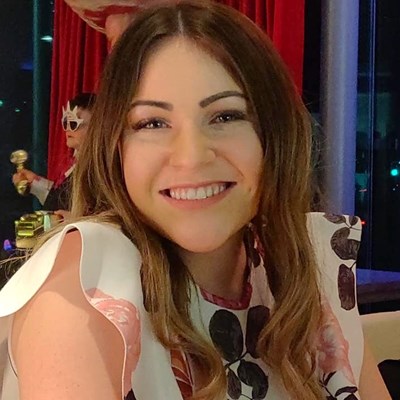