The impact of Brexit on the law and legal practice is a key issue for Scottish solicitors, according to the findings of a recent survey.

Research carried out by Ipsos MORI for the Law Society of Scotland has shown that 96% of those surveyed cited freedom, security and justice as important in the UK Government’s withdrawal negotiations with the European Union.

Ensuring consistent application of the law along with recognition and enforcement of citizens’ rights were also ranked as important by 94% of respondents. 90% said immigration, residence, citizenship and employment status was important, and 84% ranked the economic impact of Brexit on solicitors and their continued professional recognition within the EU as important issues for the Law Society to prioritise in its work.

The research findings showed ongoing concern about threats to the sustainability of the legal aid system. Across the wider profession, 80% of all respondents – up slightly from 78% in the previous year’s survey – believed that the Scottish Government’s policy on legal aid risked undermining access to justice for the poorest in society and 77% backed increasing legal aid rates.

Protecting legal aid funding was a particular issue for high street law firms, with 60% of high street solicitors saying protecting the legal aid budget and representing solicitors working in legal aid should be a high priority for the Law Society.

The Law Society published an independent report, The Financial Health of Legal Aid Firms in Scotland, earlier this year which showed that some firms are carrying out legal aid work at a loss and are at serious risk of being unable to offer legal aid work in the longer term.

In line with previous years, the annual, in-depth telephone survey of more than 500 respondents showed solicitors believed the Society’s regulatory functions should be top priorities for the organisation.

The vast majority of respondents, at 88%, rated the Law Society’s intervention in firms where a critical failure has been identified as important. Other key areas for regulation included inspecting firms to ensure compliance with accounting rules (74%); setting standards for solicitors and updating practice rules (70%); and, investigating conduct complaints against solicitors and prosecuting cases before the discipline tribunal (66%).

Law Society of Scotland President Eilidh Wiseman said: “In many ways, the profession has remained fairly consistent in its views. For instance, previous surveys of our membership have shown that our regulatory role is regarded as our most significant function and, once again, those areas of our work were deemed the highest priorities.

“However, it is clear that responding to the impact of Brexit and other key political issues – particularly on legal aid policy – are also considered important priorities by solicitors from across all sections of the profession.”

Overall, the majority of respondents, at 63%, were optimistic about the future of the profession. The survey respondents were also broadly positive about the work and functions of the Society. There was considerable support for the Society continuing to represent, support and regulate the profession at 93%. 85% of respondents agreed it was an effective regulator and that membership of the organisation had global recognition as a rigorous and valued professional accreditation, the latter figure up from 79% since the question was first asked last year.

Wiseman added: “The findings are largely positive and the consistently high figures for the Society’s performance suggest that, while there is always more for us to do, we are largely meeting the needs of our members and providing the services and support they are looking for.”

Learn more about our work conducting research on important issues about the law, and influencing law and policy at home and abroad. 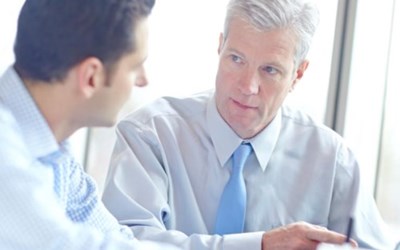 Find out about membership and fees, what services and benefits we offer as well as rules and guidance and information for different practice areas.