The annual Law Society of Scotland In-House Rising Star Award is back, and two Scottish solicitors have been shortlisted for this year’s award from six nominations.

Mariel Kaney, the Deputy Legal Secretary to the Lord President’s Private Office, and Marion Sweetland, Legal Counsel in Commercial Contracts at Aegon UK have been shortlisted in recognition for their work as in-house lawyers.

Both Mariel and Marion have excelled in their organisations, working on pivotal projects that have been greatly valued by their employers. They’ve shown fantastic client service skills, worked on an array of different matters to a high degree, while being dependable members of their teams. They have also worked extensively outside their organisations, doing important work in their communities.

Arlene Gibbs, Principal Solicitor at Aberdeenshire Council, a Vice-Convener in the Law Society of Scotland’s in-house Lawyers Committee and member of this year’s judging panel, has said: "The In-House Rising Star Award provides a great opportunity to celebrate up-and-coming talent in the in-house legal sector. It is also a great opportunity for organisations to showcase the talent that exists in their teams and to celebrate individuals’ exceptional work.

"I’d like to congratulate all the six 2022 nominees and commend them for their efforts. It is a real delight to see the outstanding work you have done, both within and outwith your roles as solicitors. Furthermore, I wish to thank everyone who took the time to tell us about their talented colleagues, the nominees are clearly an asset to the legal profession, their employers, and their communities. I’m sure they can all look forward to further success within their careers as they continue to progress."

The In-House Rising Star Award nominees are Scottish-qualified-in-house trainees or solicitors with up to five years post-qualification experience.

Mariel Kaney has worked with the Lord President’s Private Office for just over three years, having previously trained with the Ministry of Justice’s criminal injuries compensation team. She recently led on the Judicial Office project, concerning the legal services regulation consultation and the judiciary’s response to it, and worked on the Statement of Principles on Judicial Ethics. As well as the aforementioned projects she has made considerable contributions as the lawyer to the Family Law Committee of the Scottish Civil Justice Council, drafting a sizeable Act of Sederunt. Mariel has led and delivered the development of new court rules to improve the management of family actions in the Sheriff Court and ensures cases involving children progress through court efficiently. Following this, she completed a personal lessons learned exercise to discover whether improvements can be made on drafting projects of this in the future.

On top of this work, Mariel is the Captain of Heart of Midlothian FC’s women’s football team, leading her team to the semi-finals of the Scottish Cup and in doing so, has secured Hearts place in the Scottish Women’s Premier League. She has undertaken extensive media work in promoting women in sport and is also a trustee of the Big Hearts Community Trust, who support vulnerable adults and children in the South West of Edinburgh. 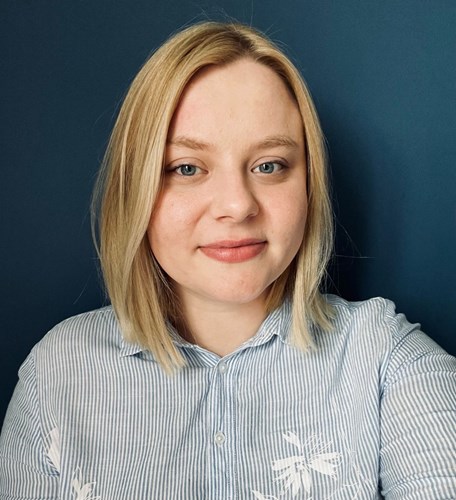 Marion Sweetland has recently qualified into the Commercial team at Aegon UK and has swiftly taken on a variety of different matters and contracts including (but not limited to): PRA’s outsourcing and third-party risk management Supervisory Statement and Aegon UK’s fund agreements. Previously, Marion worked in Aegon Dispute Resolution team, defending numerous complaints and ombudsman cases. Marion is a subject matter expert in gender-related matters and has become a crucial part in answering gender-related complaints from Aegon UK’s customers. Additionally, she has also taken responsibility for the debt recovery programme and was pivotal in the incorporation of Aegon UK Investment Holdings Limited and the closure of the historical Scottish Equitable Life Assurance Society. Marion is Aegon UK’s first trainee and has paved the way for the trainees that come after her. Importantly, she is the Legal Culture Champion, helping to define the company’s values, develop the culture of the legal department, and promotes inclusion and wellbeing of colleagues in Legal.

Outwith her work in Aegon UK, she is a mentor of law students at the University of Aberdeen, mentoring fourth year honors students and diploma students, helping them with exam and dissertation prep, CV’s and cover letters, mock interviews, and general coaching. In doing so she promotes an in-house career to students who might not have considered this previously. 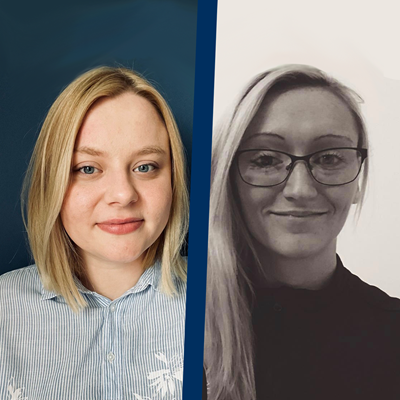