Last month, a trade deal was agreed between the UK and Australia and an Agreement in Principle (AIP) was published.

As negotiations commenced, the Law Society of Scotland issued a survey to the many members we have who have relocated to Australia and continued their career in law.

The information we received meant that we could bring real-life experiences to our discussions with the UK government, to inform the approach it took in negotiations on legal and wider professional services provisions, including recognition of qualifications, mobility and market access.

Although we have yet to see the final text of the agreement, the AIP gives an overview of the commitments that the services chapter will contain, including:

The existing links between the UK and Australia and regular movement of people between our two countries mean we already have positive experience of engaging with regulators across the various states and territories.

Through our membership of international organisations, such as the International Bar Association, and involvement with the International Conference of Legal Regulators (that we were proud to host in 2018), we enjoy positive collaboration on topics of mutual interest with our Australian colleagues. We hope that this agreement will strengthen those links and look forward to greater collaboration under the terms of the new free trade agreement.

If anyone has any questions regarding the UK-Australia Agreement in Principle, please contact our Head of International Katie Hay at katiehay@lawscot.org.uk.

The main elements of the trade deal were agreed between UK Prime Minister Boris Johnson and Australian Prime Minister Scott Morrison in London on 14 June.

The AIP was published on 17 June.

The key benefits according to GOV.UK include:

Read more about the UK-Australia Trade Deal on the UK Government's website. 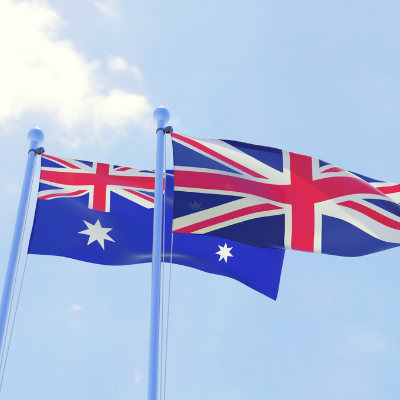