Working as a government solicitor

Holly Dyce studied the LLB and Diploma at Robert Gordon University, Aberdeen.  She qualified in September 2019 and is now a solicitor in the Scottish Government's Food, Health and Social Care Division

Working as a government lawyer

Being a GLSS trainee means working for the Government Legal Service for Scotland, which includes the Scottish Government Legal Directorate and the Office of the Advocate General. The work is usually divided up into 4 six-month seats. Within those offices the work is a mixture of advisory and litigation seats and there is also an opportunity to go on secondment to the private sector in your second year.

One thing that makes working for GLSS quite different is the way lawyers tend to move between different and very diverse areas of work over the course of their careers. The opportunities for change and new experiences seem endless.

My first seat with GLSS was in the Scottish Government’s Constitutional and Civil Law Division which is where I got my first taste of how diverse the work was going to be. I was assisting with bills and drafting secondary legislation, whilst providing advice in areas such as charities law, public appointments, public trusts and queries from National Records Scotland.

I then went to the Office of the Advocate General for my second seat, where I was predominantly involved with immigration litigation, which ranges from judicial reviews in the Court of Session to appeals to the Supreme Court. The work was surprisingly autonomous and I found myself managing a case load, instructing Counsel, handling interim order situations and attending court. One highlight was a week in the Private Office of the Advocate General in London, giving me an invaluable insight into the House of Lords and UK Government, and the less enjoyable experience of the London Underground!

I returned to the Scottish Government, working in Children, Families and Education. The work ranged from providing advice on high profile children and families legal issues as well as assisting with the Age of Criminal Responsibility Bill and the Family Law Bill. I also provided general advice on foreign adoptions, school education, child protection and data protection. I have attended a wide range of meetings, mainly with policy officials, but also external meetings with stakeholders.

There are currently 13 trainees. We each come from our own unique background with individual experiences.

The application is underpinned by competencies rather than academic results, which may be a different approach to some other organisations. Answering competency based questions means giving examples of some of the skills which are at the root of public service – for example self-awareness, communication and people management. These core competencies are applied throughout your legal career at GLSS.

Above everything, an interest in public law is imperative and you should be able to demonstrate that interest during the application process. I would recommend that prospective applicants should take time to think about what government does and how lawyers fit into that work, bearing in mind that most of our clients are policy colleagues. They should also consider Bills which are currently going through parliament, the most recent Programme for Government commitments, landmark legal cases and, of course right now, Brexit.

I would also recommend that prospective applicants should think out of the box when it comes to giving competency examples. Extra-curricular activities, volunteering, internships and work experience are all great ways to develop transferrable skills that in turn can be linked to the competencies.

If you are successful at the application stage, the next step is the assessment centre which rests entirely on the competencies; there is nothing in there to trip you up! My assessment centre consisted of a group exercise based on policy objectives as opposed to legal knowledge. As a group we had to agree on two recommendations, two rejections and two neutral options in connection with promoting a specified policy aim. This was followed by a short presentation, which I prepared for in advance. The final component was an interview from a panel of three, who asked questions around each of the competencies.

Public service is always interesting and worthwhile, but the next few years will be a particularly exciting and historic time to practice public law.

Finish your legal education by learning 'on the job' working as a trainee under the supervision of a Scots-qualified solicitor. Traineeships last for a period of two years and, after its successful completion, you are ready to apply to take out a solicitor's practising certificate. 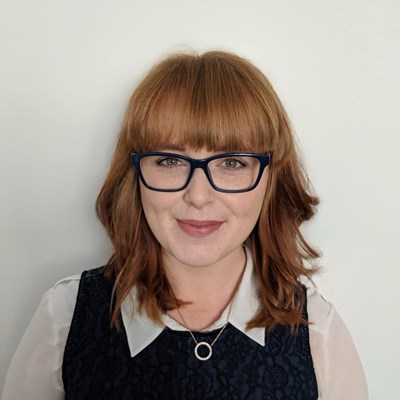