It’s a typical Sunday afternoon and I am staring at a blank screen trying to think of what wisdom I should impart. Okay, maybe not a typical Sunday. Firstly, I’m currently in Oslo, where I have been for the past seven months and, secondly, it’s 16°C – basically tropical for Norway.

The prospect of studying abroad was one of the main reasons that I chose to study in Glasgow, but it is one of those things that approached much more quickly than I had anticipated. One minute I’m a first year crying my eyes out into a contract law textbook and the next, I’m applying to study abroad.

Before even applying to study abroad there are so many things you should take into account; for example location, money, which subjects you want to take and which area of law you want to practice in. I decided to study in Oslo because I just love to freeze to death and pay twice as much for everything…

I actually chose Oslo because they offered subjects that I enthusiastically wanted to study, which for me was by far the most important factor.

This piece of advice may seem obvious but it’s really important; when you’re on your exchange, it is important to take up every opportunity that you can. I mean this in various ways. If the university offers a Buddy Week then absolutely do it, this is how I made most of my friends whilst abroad. Also try to join some societies. I joined the law school’s Amnesty Society where I organised a talk on child rights and I joined a student magazine which I wrote politics articles for.

It is also a good opportunity to immerse yourself in another country’s culture. I am never one for being adventurous when it comes to food but I made a point of trying some of the national dishes. I also made some Norwegian friends and learned a lot about the country’s language. One of my Norwegian friends took me downhill skiing since I had never tried it before; which may or may not have ended with a trip to the hospital after tearing the muscles in my knee… oops.

Another obvious thing to make the most of is travelling. Not everyone has the funds or the motive to do this but I think it’s hugely rewarding if you can do it. Last semester, my flatmate and I spontaneously hired a car and set off on a weekend road trip to the west of the country. On another occasion I impulsively went on a day trip to Sweden which proved that it’s when you don’t plan these things that you tend to stumble upon the most beautiful sights. With some of the people I met during the buddy week I went to Iceland, which is definitely one of the most amazing countries that I’ve ever been to.

You learn so much about yourself whilst studying abroad. For me, not only did I learn that I am awful at learning languages but I also learned that I’m actually awful at English. Studying with only international students can really make you realise how much the Scots can completely butcher the English language. It’s also lovely to see that English is these people’s second or third language and some still speak it better than native Scots.

From a personal development point of view, the experience has been immensely rewarding. Before taking up an opportunity, I sometimes like to think about what skills I would like to develop by doing it. Before I left to go abroad, I really wanted to increase my confidence. Confidence takes many forms but it takes a very specific type of confidence to move to a completely different country by yourself and totally adjust your way of life. For me to have done this (and fairly successfully!) is something I am very proud of. I guess you just get used to repeating everything you say and explaining to people that Scotland is not a place in England..!

I am also already starting to see some benefits to my career. My new-found confidence extends to being able to easily talk to new people, which has been incredibly helpful when it comes to interviews and my ability to perform well. However, I do admit that one downside to studying abroad is that it can be somewhat inconvenient to actually attend an interview for a summer vacation scheme, when you need to travel all the way back to the UK for it. Luckily, once I’d made it back to attend an interview, I managed to successfully use some examples of my experiences abroad in order to demonstrate a real range of skills.

Overall, my year abroad has been one of the most amazing things I have ever done. I have made some lifelong friends; I have studied some incredibly interesting subjects; I have gained some imperative life skills, including those which will be helpful in pursuing a career as a lawyer; plus I have ticked a few more countries off of my bucket list. The experience is highly recommended! 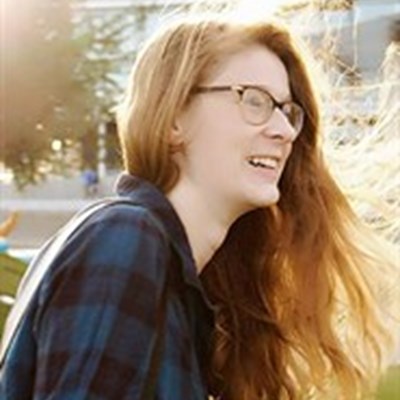