Pupils from Peebles High School, Perth High School, Lenzie Academy and Strathallan School are preparing for the final of this year’s Donald Dewar memorial debating tournament, to be held this Thursday 7 June.

The Debating Chamber of the Scottish parliament will provide a fitting backdrop as the students pit their wits against one another debating the motion, “This House believes that physician assisted suicide should be legalised.”

128 teams entered the first round of the competition back in November and after two further testing heats, just four schools have debated their way to the final, which will be chaired by Deputy Presiding Officer, Linda Fabiani MSP.

Alison Atack, President of the Law Society of Scotland said, “As we approach the twentieth anniversary of the Donald Dewar Debate, this year has been yet another fantastic tournament.

“Each and every one of the 128 teams who have taken part are to be congratulated on their performances and the four schools in the final should be incredibly proud of themselves.

“The quality of the arguments showcased this year and the confidence and talent of these young debaters has been outstanding.  I look forward to hearing what they have to say on this contentious subject, in the grand surroundings of the debating chamber on Thursday night and wish all four teams the very best of luck.”

Deputy Presiding Officer, Linda Fabiani MSP, said: “This Thursday’s debate on assisted suicide will require much thought and skill from the finalists. This is a complex, demanding topic that combines law, medicine and ethics. MSPs have debated the very same subject over the years.

“Young people often bring interesting perspectives to challenging areas, and I look forward to hearing the arguments they present to the chamber on Thursday.”

Law firm TC Young and publishers Hodder Gibson are event sponsors, the Law Society provides the first prize of £1,000 and a runners up prize of £250 is donated by the Glasgow Bar Association. The top two schools will share educational books to the value of £500 donated by Hodder Gibson and the winner of the best floor speech will receive a £50 book token.

The finalists in this year's tournament are, 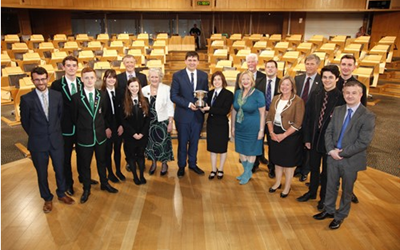 Sponsors of the Donald Dewar Memorial Debate Tournament. Thank you!
Find out more
Add To Favorites 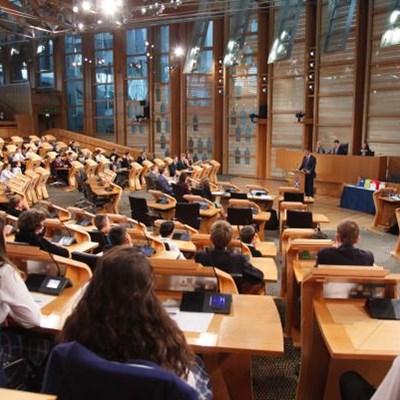