Arun and Matthew debated in opposition to the motion ‘’This house would deny smokers free access to healthcare" in the Scottish Parliament’s Debating Chamber.

To get to this stage of the competition, the students have already tackled topics such as the use of performance-enhancing drugs in sport, punishing parents for the crimes of their children and the prioritisation of public safety over the right to strike.

Ivan Kapelyukh and Steven Roy, from the High School of Dundee, were runners-up and Mahee Mustafa and Honor Johnstone, from Kelvinside Academy, and Lawrence Brown and Ewan Redpath, from Madras College, also competed in the final.

Many of the students from schools across Scotland who took part in one of the three previous rounds of this year’s tournament were in the audience for the final and pupils from Bo’Ness Academy, Clifton Hall, Glasgow Gaelic School, Lanark Grammar School, Our Lady & St Patrick’s and The James Young High School took part in the floor debate. Angel Loi, from Lanark Grammar School, was awarded the prize for best floor speech.

Graham Matthews, President of the Law Society of Scotland, said: “I am delighted to congratulate Arun and Matthew on their remarkable performances and much-deserved success. All of the 128 schools who have taken part in this year’s competition should be incredibly proud of themselves and in particular the six other finalists should also be congratulated - getting to this final stage is a brilliant achievement.

“This is the first time I have attended the live debate and I was struck both by the atmosphere and the quality of the discussion. It was a privilege for us to host the final in the Debating Chamber of the Scottish Parliament once again and I would like to thank the Presiding Officer, Ken MacIntosh, for doing such an excellent job of chairing the debate. Thanks too, to our judges who rose to the challenge of identifying the winning team.”

Heather McKendrick, Head of Careers and Outreach at the Law Society, said: “This year’s tournament has once again been absolutely fantastic and all of the teams who have reached this stage are to be applauded – I was amazed by all of the finalists’ performances.

“Each of the teams presented articulate and convincing arguments both for and against the right for smokers to have access to free healthcare. I’m sure that, like me, the audience went home with much to think about.

“Being involved in debating allows the pupils to fine-tune some valuable skills and qualities. As well as having the opportunity to practise their presentation skills, the students hone their analytical thinking and grow in confidence – not to mention the fact, that it’s actually really good fun!

“The earlier rounds included motions relating to performance-enhancing drugs, referendums, social media and the right to strike. The broad range of topics up for discussion puts the pupils’ skills as debaters to the test and it’s inspiring to see young people in Scotland engage with these issues.” 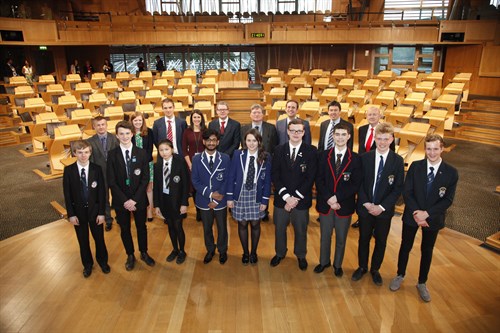 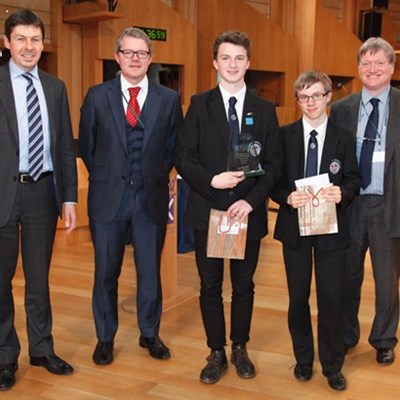