Artwork created by Glasgow-based solicitor Graham Mitchell, Partner at Clyde & Co in Glasgow and also accredited by the Law Society in both Employment Law and Discrimination Law, has been selected as one of two commemorative covers for the July edition of the Journal magazine which marks the Law Society of Scotland's platinum anniversary.

Graham's design interpreted what the law in Scotland means to him and made reference to Scotland and key dates in legal history, such as Madge Easton Anderson becoming the UK's first female lawyer in 1919 and the law that makes it illegal to be drunk and in charge of a cow.

His creation, alongside that by ten-year-old Helena Xu, from Garnetbank Primary school who won the school competition, feature on the front cover of the magazine which will be circulated to 12,000+ members of the Scottish legal profession. The school was also awarded £750 by the Law Society as part of the winning prize.

2019 is an extra special year for the legal profession because, alongside the Law Society’s 70th anniversary, it is also 100 years since a change in the law permitted women to become lawyers for the first time. The Sex Disqualification (Removal) Act in 1919 paved the way for women to build a career as a solicitor.

You can see more of Graham’s illustrations on his new website, which he set up following his success in the competition: www.erchie.co.uk.

"I was very surprised and proud when I found out I had won the Law Society’s art competition. I drew Lady Justice because I think she’s a strong and important symbol for fairness in Scotland, looking after everyone’s rights equally with no favourites."

"It all started with the snail from the famous Donoghue v Stevenson case in 1932 that led to our modern law of negligence. I wanted to incorporate as many places and events associated with Scots Law as possible and have a bit of fun. I also wanted to pose some questions as to the future of Scots Law. I incorporate maps, architecture and history into most of my illustrations."

"Our 70th year has been an opportunity for us to showcase the fantastic work of the Scottish legal profession, reflect on how the law and practice has progressed as well as looking to the future. Earlier this year we asked the legal profession, and primary and secondary schools up and down the country to put their artistic skills to the test and enter our competition to see their artwork on the front cover of the Journal magazine. We had a tremendous response with entries taking all forms, including photographs, paintings, pencil drawings and computer designed. A lot of effort clearly went into each entry, and I’d like to thank everyone for helping us celebrate our platinum year!"

In the latest in our series of platinum anniversary blogs, Senior Solicitor at Renfrewshire Council and member of our Privacy Law Sub-committee, Mark Conroy, argues that freedom of information legislation has changed the landscape in Scotland and brought about more transparency and honesty.
Read more 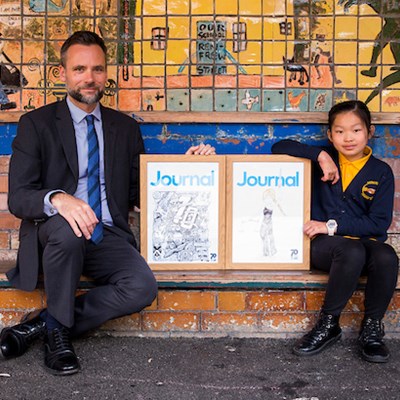