Heather McKendrick, our Head of Careers and Outreach considers the blurred distinction between 'turning a blind eye' and being complicit to an incident and looks at how Street Law encourages lively debate and independent thought.

The headlines recently have been dominated by the reports of a top Hollywood producer being accused of sexual harassment and rape by a string of women, with more claims being made every day. The head honcho allegedly used his power and influence to harass women on the casting couch. Using that power and influence to break the law and victimise people, (in this case women) which others allegedly knew about but turned a blind eye to. How depressing. How clichéd.  How depressingly clichéd.

And also, how depressingly familiar. I think what I am finding particularly troubling about all of this is how recently some of the incidents are alleged to have taken place - up to and including this year, 2017. When the reports of Saville’s many crimes came to light, they referred to events of previous decades and there was a small (optimistic) part of me that hoped that the scale of his offences wouldn’t and couldn’t happen now. Surely in a post-Saville world, we as a society feel more confident about reporting these incidents with an expectation of being believed.  And surely we can assume that the act of being the silent and complicit bystander is now obsolete –people would undoubtedly say something?

This most recent scandal underlines the fact that this is not the case and this is the part we all need to be personally aware of. There will always be criminals, and people who use their power and influence to get what they want, by legal means or otherwise. That can be difficult for ordinary people to influence, but we can choose not to sit on the side-lines, not to be complicit.  People who might emerge from these reports as co-conspirators would probably never describe themselves as such. It’s not always as simple as saying ‘you were there, you knew what was happening was wrong, but you didn’t do anything’. Why? Because not everything is black and white. Perhaps all of us have been guilty at some point of being complicit in something we were uncomfortable with. The rights and wrongs may seem clear when written down but everyone’s moral compass is different. But surely Desmond Tutu was right when he said: "If you are neutral in situations of injustice, you have chosen the side of the oppressor. If an elephant has its foot on the tail of a mouse and you say that you are neutral, the mouse will not appreciate your neutrality".

We do a lesson with schools where we ask the pupils to consider various scenarios and whether they should be a crime. Not whether they are a crime, but crucially, whether they should be. It makes for fascinating debate. One scenario is ‘Burt observes his best friend shoplifting but does not turn him in.’ This leads to considerable discussion in the classroom. Opinions range from ‘Burt is as guilty as his friend, he watched the crime and didn’t report it. This should definitely be classed as a crime’ - to ‘of course not, he did not carry out the act himself, he is not guilty.’

It’s difficult to have this discussion without then thinking about the situation Burt finds himself in  - did he know his friend was going to shoplift; was he acting as lookout,  was he being bullied into silence’? We don’t know, but even if we did, would it have a bearing? Probably. It would certainly help us to form a better opinion of Burt and condemn or justify his actions in our minds. I love that there is always such a discussion about it too. It shows that there really is a range of opinions and people’s own values and experiences shape what they think. I think this is one of the reasons I am so proud of Street Law, and also one of the reasons it’s so important.

In our Street Law programme, law students go to schools to deliver interactive legal lessons over the course of a term. The focus is on pupils’ discussion and reflection and the whole ethos of Street Law is that pupils don’t just learn what the law is, but they consider what the law should be. It encourages young people to think about their own rights and responsibilities; their roles as citizens, and where the law sits within that. Each year over 1,000 pupils attend Street Law lessons and have these debates.  Hopefully this will encourage the next generation to question the status quo and stand up and be counted when it matters. We don’t want people just to think ‘well if I know something is wrong but I’m not actually doing it myself then I’m on the right side of the law’. Street Law asks people not to do that.  It challenges people to question what they know and think, and helps to shape the law. I’m proud of Street Law for lots of reasons, including helping to raise young peoples’ aspirations, but I’m most proud of it for doing that.

To find out more about supporting Street Law please get in touch with me at HeatherMcKendrick@lawscot.org.uk

Street Law was introduced by the Society in 2014, after a Law Society review of diversity within the legal profession found that fewer than one in 12 entrants to the LLB came from disadvantaged backgrounds.  Originating at Georgetown University in 1972, Street Law was one of the recommended responses to the issue of fair and equal access to the profession.

The 2014 pilot invited LLB and Diploma students to work with pupils of eight schools in disadvantaged areas of Glasgow.  In 2017, the Society delivered 30 Street Law programmes in 46 schools to over 1000 pupils across Scotland and there are plans for growth in 2018. 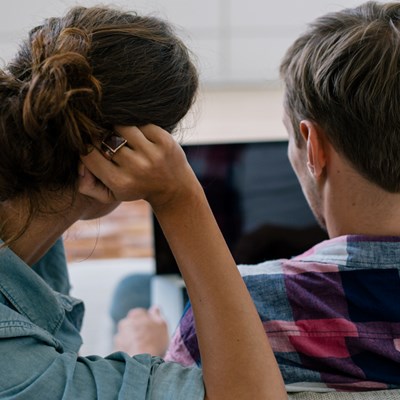