This term’s Street Law lessons have now concluded in schools and we look forward to returning in the autumn term.

Our annual Street Law training for students interested in the programme took place over three days in January 2022. We will be looking to run our next training sessions in January 2023.

If you're a student volunteer who is interested in becoming involved with the programme next year, please email us at careers@lawscot.org.uk. All students must undergo the training session before they can be admitted onto the Street Law programme.

If you're a school looking to participate in the programme we have a limited amount of spaces on the programme per year and therefore will work with schools based on volunteer availability. Our next round of Street Law will commence in Autumn 2022. Please email us at careers@lawscot.org.uk if you would like more information.

What is Street Law?

Street Law is a way for us to provide legal education in schools, in a format that pupils can really connect with. It's designed to be engaging and really get people talking via themes like street crime and human rights, or formats like mock-trials.

We aim to get all pupils thinking about a career in that law, by raising aspirations and encouraging skills to be used like critical thinking.

As well as an educational programme, it's also a highly-successful volunteer scheme. Our Street Lawyers are all law students studying in Scotland based near local schools. It gives them an amazing opportunity to build confidence, gain presentation skills and work with their communities. 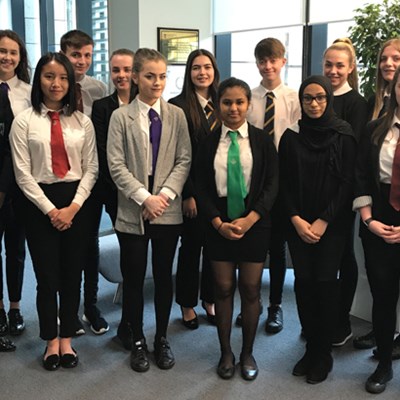 We welcome applications from any LLB student who's keen to get involved. The first stage is signing up to our training weekend.

Read more
A bit about our history and progress so far

In early 2014/15, Street Law was piloted in five schools in Glasgow. Interest in the project quickly grew and we were soon in many more schools across Glasgow, Edinburgh, East Lothian, West Lothian, Aberdeen and South Ayrshire.  Moving into our sixth Street Law year, we continue to work with many of our pilot schools as well as new schools in these areas, Dundee and also Fife for the first time.

We also had a few new developments this year...

Street Law lessons are characterised by rich legal content examining practical law, legal policy and the constitution. Lessons focus not only on what the law is but crucially, begin the discussion of ‘what the law ought to be’.

The classes use the pupils’ inherent interest in law and their own experiences, to develop high-level cognitive, literacy and interpersonal skills.

The programme is covered in more depth in the document: ‘Street Law Curriculum and the Curriculum For Excellence’.

What do schools say about Street Law?

"Trainers were fantastic! Very professional and at the standard you would expect from a teaching member of staff"

"The trainers were very well prepared and professional. The Higher class of 28 pupils were a particularly responsive and vocal group. An excellent experience for all, thank you!"

"Excellent experience for all young people concerned. Pupils were motivated and engaged. Wide variety of different issues explored. Well done and a big thank you!"

"It was great to have a former pupil return to Harlaw Academy as part of the Street Law programme! This was our first experience of Street Law and our senior pupils were very receptive to the programme. Five from the class have been inspired into considering studying law and a career in the legal profession"

The message I would most like to put across is that the range and breadth of the online course developed was its greatest asset. The learning touched upon so many different aspects of Modern Studies and prepared S3 students for certificate level in the coming years.  More so the breadth allowed some great discussions to occur. It was amazing how one topic could inspire an off-topic discussion and that is also credit to the street lawyers who recognised when to allow students to explore other thoughts and run with them.

Going in to the online learning I was apprehensive about how the IT would function , how best to engage students and how best to keep students tuning in for lessons. These concerns were short lived due to the nature of the course and the street lawyers. The constant reflection of practice meant we could adapt with the lesson each week and this was ultimately a result of the commitment of student trainers Ethan Llewellyn and Rebecca Millar.

I would like to thank Ethan and Rebecca for the dedication displayed to the students. Both were in contact with myself through the week either preparing for the challenges of online delivery or evaluating how a previous lesson went and how to learn from it. The main feedback from the pupils regarding Ethan and Rebecca was their ability to encourage discussion and confidence through praise and challenging questioning.

The course was also praised due to the interaction it created and compared to other subjects it was much more based around pupil participation rather than teacher led. What most pupils have realised is how much our life is influenced by laws and interpretations of laws. They also relayed the fact that the interpretation is really the important part and that law is not black and white. Lastly the pupils voiced in some of the feedback that this has helped them understand what a career in law may look like and for some who see this is a potential profession, they have really benefitted from the course.

Thank you again for the amazing opportunity!

What the pupils said:

"I loved how we got to discuss loads of different kind of ways of thinking and it was a great debate and I enjoyed it so much!"

"I have learned about how much of our lives the law dictates and how much it actually affects us in daily life. I also learned a lot more about human rights and how they can be used in court"

"The Street Lawyers did an amazing job, we all enjoyed getting involved and they made it enjoyable and fun. Sometimes law can be a bit of a dry subject, but they made it interactive and interesting"

"These calls were very informative and required a lot of interaction from pupils so it was very hard to get bored. Also, they often had little stories throughout them and that roped you in even more where as in other lessons we just looked at the work that was set and I found it a waste of time"

"I think this is a great introduction to law and it could inspire students to study law - I would recommend other schools to get involved!"

"I honestly loved the street law sessions.  I thought they were interesting, fun, well taught and very informative. I would definitely love to do the coarse again! And I would encourage other to do the same."

"I really enjoyed the Street Law programme and thought it was interesting.  It worked very well online and ran smoothly.  I joined because I have an interest in becoming a lawyer and thought it would be very helpful to learn more about it from university students.  I am glad I went and would definitely recommend it to anyone thinking about studying law as I found it very helpful and interesting"

"It was a great experience.  It was interesting and fun and the people running it were really good.  I loved it!"

We had about 15 students engage virtually, ranging from S4-S6, all with an interest in Law and politics.

The whole programme was very well received and pupils were fully engaged throughout and gained a lot from the experience.  They all felt it bettered their broader understanding and it was particularly praised by the Modern Studies pupils. It was great to hear them debating and questioning!

From a teacher perspective, I would be very keen to run the opportunity again and have already had some S3 pupils and more S4 ask about it as they had seen it shared in our monthly DYW newsletter.

Pupils approached the opportunity with maturity and were very open to exploring new perspectives and the chance to challenge their existing viewpoints and, in many cases, change them, was valuable.

The presenters pitched lessons well and were very knowledgeable and very supportive of all leaners - time was made for pupils to ask questions about what it is like to study law at university and what they could expect and the presenters were more than happy to offer answers and anecdotes. This personal level of commitment was lovely.

The links to the Modern Studies curriculum, in particular, were great and I am liaising with our MS department and the Law Society of Scotland to run, in addition to Street Law, a bespoke experience for Higher and N5 modern studies candidates.

I would really like Linlithgow to be involved in the Street Law programme again next session. 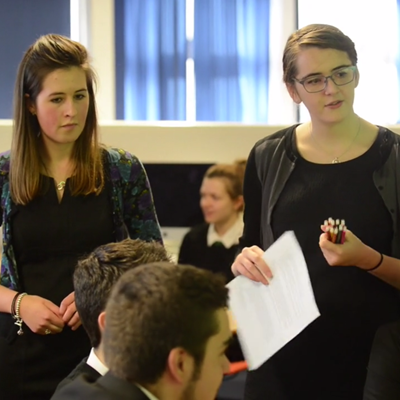 Keen to get Street Law into your school?

If your school or local authority would like to discuss being involved with Street Law or see example lesson plans created by law students, please contact our Careers & Outreach team at careers@lawscot.org.uk.
Get in touch
Support Street Law

Street Law is currently generously supported by Pinsent Masons. However to make sure we can continue to expand, we need more support. It's a fantastic way to support legal education, social mobility and the professional development of our Street Law trainers.

If your organisation is interested in finding out more about a sponsorship partnership, please contact Charlotta Cederqvist on 0131 476 8166 or at charlottacederqvist@lawscot.org.uk