Scotland’s most senior judge is set to give his verdict on who’s top of the legal pops at a charity talent show this month.

Lord Carloway will head up a panel of judges at the inaugural LexFactor battle of the bands, helping to raise vital funds for the Lawscot Foundation, which supports young people from less-advantaged backgrounds throughout their legal education at Scottish universities.

Musical superstars from the Edinburgh Bar Association, Law Society of Scotland, Faculty of Advocates, and some of Scotland’s best-known law firms will take to the stage to compete for the first ever LexFactor trophy.   The Law Society of Scotland’s Chief Executive Lorna Jack and President John Mulholland will be among those performing at the event, sponsored by Locktons and Titlesolv, at Edinburgh’s Corn Exchange on Thursday, 12 March 2020.

Lord Carloway said: “I am delighted to support the Lawscot Foundation which enables young people from less-advantaged backgrounds to pursue law careers in Scotland. The Scottish judiciary fully support this work.

“I also look forward to hearing the musical talent on the night and am sure that selecting a winner, along with my fellow judges, will not be an easy decision.”

Christine McLintock, chair of trustees of the Lawscot Foundation, said: “We are thrilled to have Lord Carloway as our head judge at this exciting event. As an accomplished musician he is the perfect choice to lead our superb panel of judges in deciding who should be our first ever LexFactor winner.

“It’s going to be a fantastic gig and a great night out. We’ve got the bands and the judges. All we’re waiting for now is for everyone to come along and raise the roof for their friends and colleagues as they take to the stage to raise funds for the Lawscot Foundation and support young people who would otherwise face major barriers to achieving their ambition of joining Scotland’s legal profession.”

The LexFactor line up:

A Flock of Legals - Shepherd and Wedderburn LLP

Find out more about the LexFactor Battle judges

Lord Carloway was appointed as Lord President of the Court of Session in December 2015 and was installed as the new head of Scotland's judiciary in January 2016. He has been a Senator since February 2000 and was appointed to the Second Division of the Inner House in August 2008, before becoming Lord Justice Clerk in August 2012.

Lord Carloway is an accomplished musician who has played with the Faculty of Advocates band The Reclaimers.

Siobhan is the Law Society’s representative for Scottish solicitors outside of Great Britain, and is active on a number of Society committees. She is a practising solicitor in Brussels at a leading firm and has extensive experience advising on a range of competition and tech issues. Her practise includes providing wide-ranging and detailed advice on digital platforms and e-commerce in a competition context, in addition to music, media and net neutrality.

Siobhan also founded, manages and plays electric fiddle in The Hoggies, a Brussels-based Scottish ceilidh band. The band was established in 2011, by a group of enthusiastic international musicians with a love of Celtic music and an inspiration to make live ceilidh dances in Belgium available for everyone. The band has now played in multiple European countries, for a Belgian royal family birthday celebration, and recently played two of the Brexit ceilidhs organised by MEPs in Brussels, as covered in the news at the end of January 2020.

Natasha is a Director at Secretariat International based in the London office. Prior to joining Secretariat Natasha held senior positions within the Clerking teams at both Essex Court Chambers, and more recently Atkin Chambers where she spent 11 years.

A mother of two children, she is also an Ambassador to KidsOut (www.kidsout.org), a charity which gives disadvantaged children positive experiences to support them becoming future members of our society and workforce. Natasha is the third musketeer based in London who along with Nick and Damian helps pull all the gigs in London and anywhere west of the UK together. Natasha has been an enthusiastic attendee at more Law Rocks! gigs than she cares to recall, and has also judged our Gig in the UAE.

Chris Trainer is the founder and Chief Executive of Forrest Group which has interests in Media, Property and has recently opened the first Radisson Red hotel in Glasgow.

In addition, he is Chairman of Ocean Outdoor Advertising.

Chris is a keen amateur musician himself and played guitar in American Dream in the 1980’s. He also has a record label joint venture with John McLaughlin (Forrest Boombox) 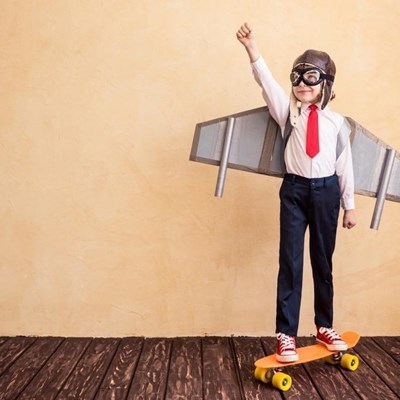 On Thursday 12 March, aspiring rock stars from across the Scottish legal profession will take to the stage and rock the mic in a bid to outperform their competition and colleagues, entertain the crowds and raise funds for the Lawscot Foundation. You can't afford to miss out on an event to remember.
Book your tickets now
Add To Favorites
Categories
News Archive