Mhairi Kinahan and William Adams were crowned Scotland’s best young debaters after proposing the motion “This house would introduce a Universal Basic Income” and were praised by the judges for their persuasive arguments and focus on human interest.

To reach the final of the national school debating tournament, students tackled a series of diverse topics over a number of heats, including introducing compulsory National Civic Service for all 15 and 16-year-olds, privatising the BBC, and whether reality TV does more harm than good.

The winners receive £1,000 for their school from the Law Society of Scotland and the runners up will receive £250, donated by the Glasgow Bar Association. The winners and runners up will also share educational books to the value of £500, donated by tournament sponsors Hodder Gibson Publishers. In addition, all finalists will receive a book token and commemorative gift to mark their success.

A number of schools who had taken part in the tournament’s previous rounds were also in the audience for the final and contributed to the floor debate on the night. Grace Dewar of St Columba’s RC High School, Dunfermline, was awarded the prize for best floor speech and receives a £50 book voucher.

Due to the impact of the coronavirus pandemic, both the semi-final and final of the debating tournament were held virtually for the first time ever. The final is normally hosted in the Debating Chamber of the Scottish Parliament and Deputy Presiding Officer Linda Fabiani MSP opened the proceedings with a short, recorded speech.

William Adams, first proposition speaker for the champions Peebles High School, said: “The Dewar Debate tournament is something I’ve been looking forward to taking part in since Peebles High won two years ago. I’ve never had more fun doing anything in my life and for that I have to thank Mhairi, my debate partner, and Miss Hyatt, our coach, so much. Following a major fire at our school in November and the coronavirus outbreak, I was unsure if we would be able to finish the competition, so to get to even compete, let alone win, was brilliant.”

Mhairi Kinahan, second proposition speaker for the winning team, said: “I am thrilled to have won the competition and to have all the hours of hard work finally pay off. We have had a strange year, with first the fire and then coronavirus. It has been tough at times, but despite all of this, we kept going and our debate club leader Miss Hyatt never stopped believing in us. And now, after everything, it is very nice to finally have some good news.”

Amanda Millar, President of the Law Society of Scotland, said: “I was so impressed by the amazing quality of debating displayed in this year’s final and the passionate, skilled arguments put forward by all the pupils.

“I congratulate Mhairi and William on their win and commend the six other finalists for their performances - they were more-than-worthy opponents and it was not an easy decision for the judges to make.

“The finalists’ success is well deserved and all of the 64 schools that took part in this year’s tournament should be very proud of their achievements.

“I am delighted that we have been able to see the tournament through to the end this year, in spite of the extraordinary circumstances of Covid-19. Thank you to the team at the Society who worked tirelessly and thought out-of-the-box to ensure the competition could be completed. Also, many thanks to our debaters, coaches, chairperson and judges for coping so admirably under the pressure and to the Scottish Parliament and our sponsors for their continued support of the tournament.” 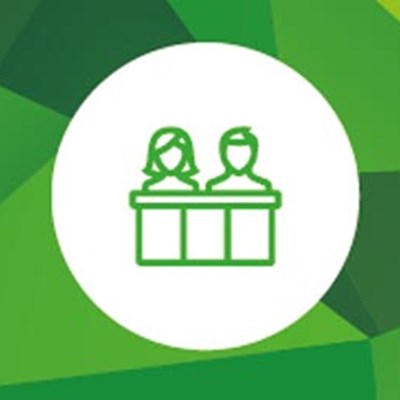