The debate - What the judges want

Victoria Lane is a senior solicitor at Brodies LLP and a part-time tutor at Edinburgh University. Victoria’s debating experience kicked off in the Donald Dewar Debate when she was still at school and continued throughout her university career. A judge in this year's tournament, Victoria blogs about how debaters can give themselves the edge over the competition.

I had the pleasure of being on the judging panel for the final of the Donald Dewar Memorial Debating Competition in the Scottish Parliament just over a week ago – what a fantastic occasion to hear some of the country’s brightest students debating in such an iconic chamber.

Undoubtedly, I had a much easier job than the teams competing; that said, as judge, you have to pay close attention to the ebb and flow of the arguments and the challenges being mounted to each speech from the opposing teams.

Having been party to the difficult discussions that followed to determine which team should take home the trophy, I thought it might be useful for future competitors to give some insight into what can give the winning team the ‘edge’ over other talented speakers.

Thinking about the key judging criteria set down by the Law Society of Scotland, the following pointers might be useful for those returning to the competition or taking part for the first time in 2017/18:

The Motion – There’s more than one way to skin a cat – and the same is true for defining motions. Even if the definition of the motion is not quite what you were expecting, you will get more marks for running with it and responding to it as best you can rather than trying to have the debate you thought (or hoped) would happen when you were preparing.

Structure – This can be relatively simple – (1) tell the judges the points you’re going to make, (2) make the points, and (3) sum up the points you made – but in the excitement of giving your speech, it’s easy to go off-piste. One way to help stick to your structure is to give your arguments short titles of just one or two words and repeat those same words when doing (1), (2) and (3) above.

Analysis – Focus on making two or three arguments well and explaining them fully for the judges, rather than rattling off seven or eight points but only having time to list them.

Rebuttal and Engagement – These often separate the very good from the excellent speakers. Teams who listen, react and then pick up on what is being said in the debate will be rewarded more than teams with pre-prepared speeches (no matter how polished they might be).

Relevance – What are the most important, contentious points in the debate? Judges prefer to see and, indeed, reward teams for tackling the meatiest issues head on, rather than making arguments about the practicalities of implementing a motion or nit-picking about its definition.

Points of Information – To some extent, teams can prepare for these in advance by thinking about the arguments their opponents might make and weakness in such points. During the debate, the key is giving points of information that are actually relevant to what a speaker is saying and that challenge him or her. Equally, when you’re on the receiving end, always try to deal with the point made and then get back to your own material.

Evidence – Use some: it shows you’ve done your homework, particularly if you’ve been given the motion a week or two in advance. But be selective. A couple of well-placed references or statistics will likely have greater effect than trying to cram a whole essay into six minutes.

Style – As with fashion, it’s very much a personal thing. But there are some timeless aspects: speak at a steady pace (as a judge there’s only so quickly I can scribble notes); project your voice so that the judges and audience can hear you otherwise you’re not getting credit for the killer arguments being made; be confident and don’t be afraid to add a bit of your own personality.

Finally, there’s nothing wrong with a bit of passion and enthusiasm but avoid being too aggressive when you’re speaking! Particularly if the team on the other side is nervous or struggling, the judges would rather see you win on your own merit with stronger arguments and deeper analysis than launching a full-blown attack…

So, are you up for the challenge? Entries for the 2017/18 tournament open in August, so watch this space for more details. See you there! 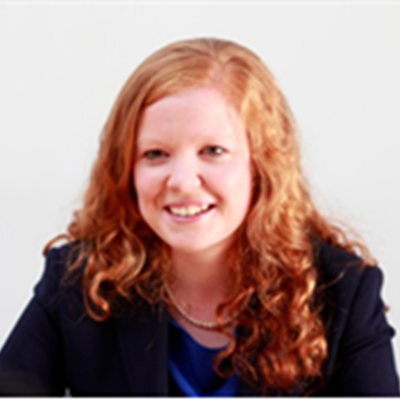