Stirling solicitor Ken Dalling has been nominated to become the next vice president of the Law Society of Scotland.

The Law Society’s Council members will confirm the nomination at its meeting in January 2020.

Ken Dalling was elected to the Law Society’s Council in 2010 to represent solicitors in Alloa, Falkirk, Linlithgow and Stirling and joined its board in 2017.  He is also the current convener of the Law Society Client Protection Sub-committee and the recently established Anti-money Laundering Sub-committee.

Law Society of Scotland President, John Mulholland, said, “I am very pleased to congratulate Ken on his nomination to become the Society’s next vice president.

"As a member of the Council for almost a decade he has demonstrated a tremendous commitment to working on behalf of the profession and understands the issues and concerns solicitors face. His work on two of the Society's regulatory committees also highlights the importance of ensuring our members adhere to high professional standards and that solicitors' clients are properly protected."

Current president, John Mulholland will move into the role of immediate past president and Amanda Millar will become the next President of the Law Society of Scotland on 31 May 2020. 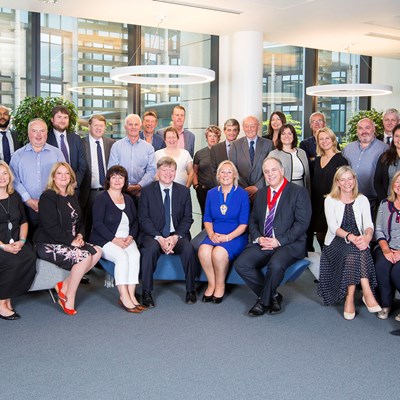