This month, the web review boldly goes where no review has gone before – into orbit, with a review of sites on space law, and aiming to answer the question “Who should the Martians negotiate peace terms with?”

The European Centre for Space Law (ECSL) was my starting point for this exploration of an area of law which was – to say the least – unfamiliar to me. The site states that the Centre’s aim is to increase the understanding of the legal framework relevant to space activities. With my initial level of understanding set firmly at zero, I was the ideal test subject for this noble enterprise.

True to its word, the site launches with a prominent link to a “General Overview” of space law. This is not a bad introduction to the topic, but the following “Space Law Topics” gives the impression that there will be further short articles on the site. Instead there are simply a collection of links under each heading. As these tend to be links to Government or academic sites, the documents so delivered can be somewhat complex and definitely not for the lay reader.

Having said that, many of the titles of treaties linked to are self-explanatory. For example, I felt no need to explore “The Treaty Banning Nuclear Weapons Tests in the Atmosphere, in Outer Space and Under Water (1963)” to see what it was about. At the other extreme, some of the publications had no hyperlinks and were expressed in abbreviations which did not appear to be explained anywhere on the site.

The list of links to space agencies throughout the world was unexpectedly lengthy and included the UK Space Agency (www.ukspaceagency.bis.gov.uk), albeit under its old name.

This is obviously a very technical area of law, but the site was showing some signs of promise with a section called “space law questions”. This poses interesting questions like “Who can convict someone committing a murder in space?” and “Is it legal to use satellites to spy on people?” It then pointedly fails to answer those questions, which was disappointing. The next section did have both questions and answers – but only in French.

I’ll be honest – I didn’t know that there was a United Nations Office for Outer Space Affairs (UNOOSA), let alone that it was the secretariat for the legal subcommittee of the UN Committee on the Peaceful Uses of Outer Space (COPUOS). I do think that it should be better publicised as the appropriate first port of call for any visitors to this planet.

The site itself has some similarities to the previous one, with its lists of links to technical documents. However, it does score more highly than ECSL by including answers in its “Space Law: Frequently Asked Questions” section. And very useful, non-technical answers they are too. Worryingly, there does seem to be an over-emphasis on whether someone struck by falling satellite debris may be able to sue the launching state for damages. Personal injury lawyers should take note that such claims must be conducted by states on behalf of their citizens “through diplomatic channels”.

Space law, by all accounts, is governed by some universal principles, which include:

All of this sounds suspiciously like it was cribbed from an episode of Star Trek. It is perhaps that danger which leads the designers of the website to keep it so terribly straightforward and anything but futuristic. This is a site which wants the visitor to know that it deals with the serious legalities of space exploration, and is not some sci-fi mini-series.

Other space law websites worth a visit include the following:

Hosted at the University of Leiden in Holland, the site offers details of education and research opportunities at the Institute.

This website is out of date by about two years and therefore the newsletter and other information is a little unreliable. Their international colloquium was held in Glasgow in 2008. The Institute is also responsible for the Manfred Lachs Space Law

Moot Court Competition (www.spacemoot.org), which looks like an excellent (if unusual) opportunity for law students.

The 2010 problem is available for download and involves a thorny issue of suborbital tourism and liability. Richard Branson’s Virgin Galactic (www.virginatlantic.com) should take note. 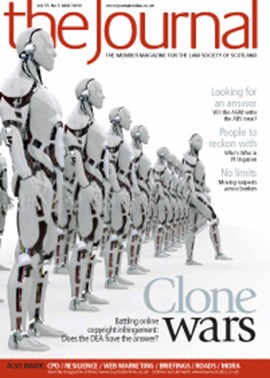