The traditional approach has been to minimise the opportunities for the requested court to assess whether return would be in the welfare of the child, because that assessment is time consuming, and to keep the parameters of the specified exceptions to retention within very narrow bounds, for otherwise the Convention’s principles risk being entirely subverted.

This approach is justified by the major purpose of the Convention, which is to remove any incentive an abducting parent would have in seeking a jurisdiction that is more likely than the child’s home jurisdiction to find in that parent’s favour.

Speed is of the essence, which is why it is simply not appropriate for the requested courts to spend much time in the sort of minute examination of the welfare of the child that so often bedevils the process in the domestic context. (In the recent decision of NJDB v JEG [2010] CSIH 83, a domestic contact dispute, determining what was in the welfare of the child took 52 days of evidence spread over nine months: though the Inner House was clearly shocked at this timescale, weeks of evidence are all too common in such disputes.) The traditional approach is followed by courts around the world, including courts in Scotland.

Yet even supporters of the Hague Convention recognise its limitations. It was drafted in the belief that the majority of abductions would be by non-resident parents (normally fathers) seeking to subvert decisions already made by courts, moving the child to an alien country where a second bite of the cherry would hopefully get a better result. The very language of “abduction” conjures images of men snatching children from their legitimate carers, bundling them into the backs of vans and heading for the airport.

In reality, abductions are more often than not perpetrated by the resident parent who has, and is exercising, full “custody” rights: that parent “abducts” only in the technical sense of acting in some way that denies the non-resident parent of his “rights of custody” – which in practice need be no more than a right to prevent removal from the jurisdiction. And frequently the country to which the child is abducted is not an alien land, but the mother’s original home country, with which the child is often already familiar.

The other major failing that has to be recognised with the Hague Convention is that, insofar as it aimed to reduce the number of abductions by removing the incentive, it has failed abjectly in that aim. The number of international child abductions (as defined by the Hague Convention) continues to rise across the numerous countries that have ratified the Convention, raising serious doubts as to whether the predominant parental motivation is indeed to seek a second bite at a welfare-flavoured cherry: if it is not, then their actions are not addressed by the aims of the Convention.

Perhaps in response to a recognition of these limitations to the effectiveness of the Hague Convention, the law seems to be turning more and more away from immediate return as an imperative and towards the comfort zone of welfare.

In, for example, the exercise of judicial discretion in deciding whether to return a child when one of the defences has been made out (there being no discretion when none of the defences is established), the House of Lords held that the court was entitled to take account of wider considerations of the child’s rights and welfare: Re M (Children) (Abduction) [2008] 1 AC 1288 at paras 43 and 44. Direction from Europe goes much further in the same direction.

Article 11 of the revised Brussels II Regulation (Council Regulation (EC) 2201/2003) modifies the application of the Hague Convention in cases of abductions from and to member states of the European Union.

Tightening up the already tight “grave risk” defence in article 13(b) of the Hague Convention, the requested court cannot refuse to return the child even when that defence has been made out, where it is established that adequate arrangements have been made to secure the protection of the child on his or her return.

Even more significant is the decision of the Grand Chamber of the European Court of Human Rights in Neulinger & Shuruk v Switzerland, 6 July 2010. The question before the Grand Chamber was whether the Swiss court’s approach to the Hague Convention was compatible with the article 8 right to family life.

A Swiss woman living in Israel had a child with her Israeli husband. But the father then joined an extremist religious sect and wished his wife to submit to its doctrines and to bring up the child within its severely limiting strictures. The father’s increasingly erratic behaviour resulted in the Israeli court awarding custody to the mother and limiting the father’s rights to supervised contact twice a week. Unable to bear the father’s interference any longer, the mother took the child to Switzerland, breaching the father’s right to prevent the child’s removal from the jurisdiction.

The issue before the Swiss court was whether there was a grave risk of harm in sending the child back to Israel and the court took the view that, the Israeli courts and social services having proved themselves perfectly able to protect the mother and child from the overbearing influence of the father and his extremist views, there was no grave risk of harm. This decision follows the approach of many jurisdictions across the world where this defence is interpreted narrowly.

The European Court of Human Rights nevertheless held that the order to return amounted to an interference with both the mother’s and child’s right to family life. Though that Court’s jurisdiction is limited to determining the compatibility of state laws and actions with the ECHR, and not in the determination of the proper interpretation of state law, it nevertheless concluded that in the present case, the “grave risk” defence to return of the child contained in article 13(b) of the Hague Convention had “manifestly not been met in the present case” (para 130).

The problem was that the Swiss courts had not paid enough attention to the welfare of the child. The court pointed out (para 135) that there is currently a broad consensus, traced in part to article 3 of the UN Convention on the Rights of the Child, that in all decisions concerning children their best interests must be paramount.

This was inherent in article 8 of the ECHR, and it followed that article 13(2) of the Hague Convention had to be interpreted in conformity with article 3 of the UN Convention, in order to be ECHR compatible. The result was that article 8 prevented children from being returned “automatically or mechanically”: the Hague Convention was not to be interpreted to require return without an assessment of the individual child’s welfare (para 138).

Though domestic courts had a certain margin of appreciation, it was the role of the European Court to ensure that domestic courts conducted in every case “an in-depth examination of the entire family situation and of a whole series of factors, in particular of a factual, emotional, psychological, material and medical nature”, making a balanced and reasonable assessment of each person’s interests “with a constant concern for determining what the best solution would be for the abducted child in the context of an application for his return to his country of origin” (para 139).

The Swiss courts had not carried out this type of individualised welfare assessment and had thus acted incompatibly with article 8 of the European Convention.

This case represents a truly seismic shift in judicial attitudes to the Hague Convention. The presumption, or at least starting point, that the best solution for the abducted child is its return to its habitual residence is jettisoned in favour of a neutral stance, requiring an in-depth examination from the point of view of the child’s welfare whether it should be sent back or not. How UK judges will apply this approach remains to be seen. 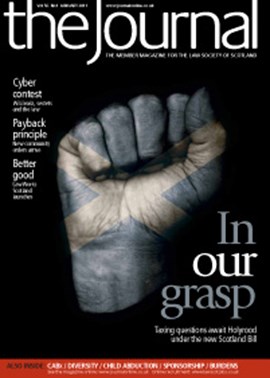